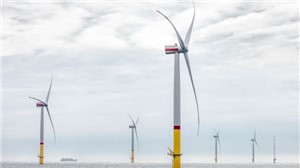 With a total output of 52.8 MW, the Coesfeld Letter Bruch wind farm is one of the largest wind energy projects currently being installed in North Rhine-Westphalia. Each year, the 13 wind turbines will save more than 53,000 tons of climate-damaging CO2 and produce enough green electricity to supply around 36,000 three-person households with climate-neutral electricity.

The wind farm Coesfeld Letter Bruch is operated by SL NaturEnergie together with Emergy as a joint venture of the public services of Coesfeld and Borken and the citizen run energy company Letter Wind. In this way, as much added value as possible from plant operation remains directly in the region and with the community.

"The wind farm is backed by broad support from citizens and the community. This has a model character also beyond the region. In Coesfeld, we relied from the outset on cooperation with municipal utilities and land owners. In addition, there is civic participation and support for social commitments through a civic foundation. It is important to us that as many people as possible who are involved in the transformation of energy systems and thus protect future generations also share in the associated value creation. Coesfeld will thus become a showcase for the German energy transition," says Milan Nitzschke, member of the management board of SL NaturEnergie.

For the wind farm, the Gladbeck-based wind energy company is using turbines from Siemens Gamesa Renewable Energy (SGRE) for the first time. To operate the turbines as effectively as possible and to quickly replace coal and nuclear power, the companies involved developed a customized solution. Nine of the 13 turbines use the latest generation of hybrid towers. The concrete components of the towers as well as the foundations come from Max Bögl Wind AG, market leader in the manufacture of hybrid towers. Siemens Gamesa is supplying the turbines and the steel components. SL NaturEnergie is responsible for the project management for the construction of the hybrid towers.

This type of cooperation and task sharing between turbine manufacturer, project developer and tower supplier has been newly developed and allows efficient cost control. "The advantages for the customer from direct purchasing speak for themselves: By purchasing partial services separately, such as our hybrid tower, the profitability of the entire package increases noticeably," emphasizes Josef Knitl, CEO of Max Bögl Wind AG.

"In recent years, we have significantly reduced the costs of wind energy through technological innovations and efficient project management. The project in Coesfeld shows how close cooperation between suppliers and project developers can lead to profitable wind farms even at demanding locations," says Clark MacFarlane, Siemens Gamesa Onshore CEO for the NE&ME region. "We are delighted that, together with SL NaturEnergie and Max Bögl Wind AG, we have succeeded in getting such a major project off the ground in Germany, demonstrating the great potential of wind energy in Germany."

The wind farm is scheduled to be commissioned by Spring 2021.