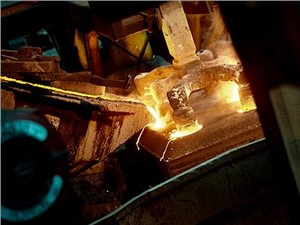 Australia is already host to the world’s biggest lithium-ion battery – the 100/129MWh Tesla big battery at Hornsdale in South Australia, which is about to commission a 50 per cent expansion.

And they are about to get bigger: Twin batteries are proposed to upgrade Victoria’s main link to Victoria, and a 600MW big battery near Geelong is being mooted for a similar purpose by Hornsdale owner Neoen. And there is the massive 30GWh battery proposed in the Northern Territory by the Sun Cable consortium looking to also build the world’s biggest solar farm.

But perhaps the biggest, and cheapest, battery in Australia right now are the ones that we already have, and don’t quite know it – the huge smelters that account for 10 per cent or more of state demand in regions such as NSW and Victoria.

Nothing says “baseload” quite as much as the power needs to power one of these monoliths. It’s one of the main arguments thrown up against “intermittent”wind and solar, and it’s true that until now these smelters have relied on usually heavily subsidised supply of power from a fleet of coal generators with gas units in support.

The mining industry and its operations had a similar view and dependence on the concept of “baseload”, but some miners are designing their new new projects around the principal of “base-cost” renewables, and using energy when it is abundant, and scheduling downtime when it’s not.

It is the basis of the assumptions around the $1 billion West Musgrave project on the W.A./NT border, when Oz Minerals calculates it will be able to run processing with a supply of electricity of at least 80 per cent wind and solar. Element25 is looking at the same principals in its ground-breaking manganese metals projects in the Pilbara, also powered mostly by wind and solar.

Those are smaller, off-grid operations. But now the big on-grid users are being invited to also think differently about energy, both in the supply equation, and also in its use.

They are being advised that they can act as “giant batteries”, by modifying their behaviour and choosing times to suck most power from the grid according to supply equations, pricing, and what else is happening in the network, and being paid to reduce demand at other times.

“It is worth re-imagining a smelter as a giant virtual battery, one that also produces aluminium,” says Clark Butler, who has written a report for the Institute for Energy Economics and Financial Analysis.

This already happens overseas, such as at Rio’s Kitimat smelter in Canada and a Hydro Norsk smelter in Norway, where smelters with “captive” hydro power sources have integrated electricity and smelting to manage both aluminium and electricity price volatility.

And he argues that smelters without captive generation can be configured to modulate energy use up or down to optimise its productivity, including those in Australia, such as the Portland smelter in Victoria (pictured above), and the Tomago smelter in the Hunter Valley – in which both Rio and Hydro Norsk have equity shares.

Tomago has 950MW of capacity – or 12 per cent of NSW demand – and has the ability to have large amounts switched off in minutes. And it’s often told to do exactly that – switch off a 300MW potline – either through its contract with supplier AGL or by direction from the market operator, with scant reward and often significant costs.

Tomago and other smelters can do this for a period of three hours – long enough for the grid to help deal with peak demand periods in most cases – but most, like Tomago would need a significant upgrade in technology – possibly through an added heat exchanger to its pot lines and/or changes to its cells – if it is to become a regular event and part of its business case, and if it is to more easily offer the capacity for longer periods.

As ITK analyst David Leitch has pointed out in a piece asking the question about smelters and their ability to provide “firming” for the market, new technology has been installed in a smelter in Germany, but more information is needed. See Wind and solar could play key role in future of Australia’s aluminium industry

The new wholesale demand response mechanism approved this week by the Australian Energy Market Commission – and due to come into effect later next year – may lay down a path to encourage big energy users to vary their output.

But to do this, smelters will require more money to adapt and upgrade. But Butler argues the expense – even at a cost of $100 million to $200 million – would be worth it, considering the value of the smelter to the local economy.

It could also be part of a broader plan to power the smelter with renewables, use excess heat elsewhere in the Hunter Valley region, and lead a revival of the region.”This Hunter Valley plan is a template for expansion across the aluminium sector, in Victoria and Queensland,” he says.

By focusing on large scale, low cost of capital, zero emissions, renewable investments tied to significant energy users with long-term growth prospects in a low carbon economy, there is a real chance to build momentum for the Superpower that (Professor Ross) Garnaut discusses.

“If the aluminium sector could be reinvigorated and put on a globally competitive footing, Australia can get five years ahead on the decarbonisation path. However, if the smelters close and all that load is lost, building this kind of investment momentum will be far more difficult and Australia could fall five years or more behind more forward-looking countries.”

Is the Tomago smelter receptive to the idea? “Skeptical and open minded,” suggested Butler, who has had conversations with senior management. The biggest challenge will be attracting the capital from existing investors, who may have priorities elsewhere. Which is why he suggests that agencies such as ARENA and CEFC get involved. There is a lot at stake for the economy.