Adani Green Energy may look to replicate its recent solar collaboration with Frances Total after winning 8 gigawatts of projects in India this week. 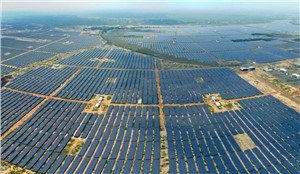 Adani Green Energy, part of India's Adani Group conglomerate, will build 8 gigawatts of large-scale solar capacity worth $6 billion in India over the next five years, after winning the world's largest solar energy tender award this week.

The Solar Energy Corporation of India (SECI), a government body responsible for delivering India's 100-gigawatt solar target for 2022, selected Adani Green in a tender designed to give a boost to India's solar manufacturing sector. Adani Solar, the Adani Group's separate PV manufacturing arm, will build an additional 2 gigawatts of domestic cell and module production capacity as part of the deal, to be up and running by 2022.

The first 2 gigawatts of the solar projects will be built by 2022, with three more 2-gigawatt chunks to be added in each of the subsequent three years, the developer said. India built around 9.5 gigawatts of new solar last year, according to Wood Mackenzie, making Adani's projects a significant new tailwind for the overall market.

Adani's solar plants will be built in multiple locations, but one of the developments will be a 2-gigawatt single-site array, tying Abu Dhabi's Al Dhafra as the world's largest announced solar project.

An Adani Green spokesperson told Greentech Media that the developer will finance each 2-gigawatt portion off its own balance sheet, raising project finance as construction begins. The company will then look to refinance once the plants are operational to lower the cost of capital. Some of the projects have already undergone two to three years of development work.