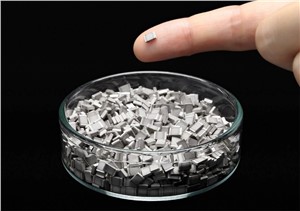 According to the new market research report "Solid State Battery Market by Type (Single-cell and Multi-cell Battery), Rechargeability, Capacity, Application (Consumer Electronics, Electric Vehicles, Energy Harvesting, Medical Devices, Packaging, Wireless Sensors), Region - Global Forecast to 2027", The global solid state battery market size is estimated to grow from USD 62 million in 2020 to USD 483 million by 2027; it is expected to grow at a CAGR of 34.2% during the forecast period.

Factors such as the rising requirement of solid state batteries in electric vehicles, the increasing trend toward the miniaturization of consumer electronics, and growing R&D activities by major companies are driving the growth of the solid state battery market.

“Market in APAC to grow at highest CAGR during 2020-2027”
The market in APAC is expected to grow at the highest CAGR during the forecast period owing to the technological advancements in wearable devices and consumer electronics sectors in this region. The major wearable devices and consumer electronics manufacturers based in APAC, such as Samsung (South Korea), LG Electronics (South Korea), and Panasonic (Japan), are developing the next-generation flexible devices. These devices require power sources that are not only small but also have high-power density to complement the product design; these requirements are fulfilled by thin-film batteries.

Tell a friend:
Solid State Battery Market worth $483 million by 2027