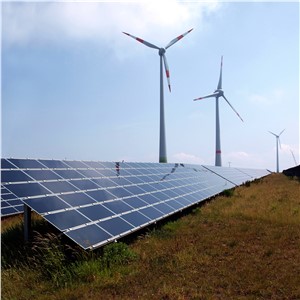 is aware that -based  ("Solaria") recently filed a complaint against  and  (collectively, "" or the "Company") for patent infringement in the  of , citing a portion of the process for making  shingled-cell solar modules (HiDM High Density Mono Perc Modules).   many other products are not cited in the complaint.   believes that the claims in Solaria's complaint are meritless and unfounded.   is working closely with its legal counsel and will vigorously defend against the claims made by Solaria.

As one of the world's largest solar power companies,  respects and takes very seriously intellectual property rights.   was founded in 2001 and has continually invested in R&D to build its innovation leadership and provide customers with the highest yield and lowest LCOE systems.  The Company has received 95 patents in various countries for its shingled-cell designs and inventions, with an additional 75 patent applications pending review.  The Company has received an additional 1,519 patents for its other innovations in the area of solar power generation and storage.