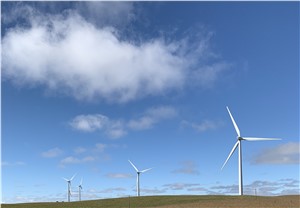 Excelsior Energy Capital (“Excelsior”), a leading independent North American renewable energy investor, announced today that its North American Renewable Energy Fund (the “Fund”) has closed on the acquisition of 90.1% of Invenergy’s sponsor equity interests in the combined 109-megawatt Prairie Breeze II and Prairie Breeze III projects (the “Projects”), located in Antelope and Boone counties, Nebraska. Concurrent with the acquisition closing, Excelsior closed on back-leverage financing for the Projects with NORD/LB.

“NORD/LB is excited to support Excelsior on this important transaction. It builds upon the bank’s long-standing track record with Invenergy and our experience in financing wind projects. We look forward to working with Excelsior as it expands its renewables portfolio in the Americas”

The Projects benefit from an over 3-year operating track record having begun operations in late 2015, and early 2016, respectively. The Projects also have 25-year power purchase agreements with Lincoln Electric Systems (Moody’s: AA) and City of Grand Island (Moody’s: AA-), with remaining contract terms of more than 21 years. Bank of America Merrill Lynch is the tax equity investor in the Projects and as of the signing the Projects had no debt in place. The Projects also benefit from proven General Electric (“GE”) wind turbine technology, utilizing the GE 1x Hybrid class turbine.

A leading U.S.-based global developer and operator of sustainable energy solutions, Invenergy will remain as part-owner of the sponsor equity interests in the Projects, and Invenergy Services will continue to provide Operations & Maintenance and Asset Management services for the Projects through a long-term contract. Invenergy developed and operates several other projects in the surrounding area, and its Invenergy Services business operates and maintains one of the largest fleets of GE turbines in the United States.

Ryan Fegley, Partner of Excelsior, said: “Excelsior is pleased to close on the acquisition of the Prairie Breeze II & III wind project interests from Invenergy, along with the supporting debt financing with NORD/LB. Both closings are further examples of Excelsior’s ability to execute on its strategy to acquire and finance high-quality renewable power projects with stable, long-term contracted cash flows.” Orrick, Herrington & Sutcliffe served as legal counsel for Excelsior on the acquisition and debt, led by Partners, Kristin Seeger and Tom Glascock.

“Invenergy has a strong development and operations track record in Nebraska, and Prairie Breeze II & III are a large part of that success,” said Meghan Schultz, Senior Vice President, Finance & Capital Markets at Invenergy. “We look forward to continued successful operation of these projects in partnership with Excelsior.”

“NORD/LB is excited to support Excelsior on this important transaction. It builds upon the bank’s long-standing track record with Invenergy and our experience in financing wind projects. We look forward to working with Excelsior as it expands its renewables portfolio in the Americas,” said Sondra Martinez, Senior Director at NORD/LB. Winston & Strawn represented NORD/LB as legal counsel, led by Partner Laurae Rossi.