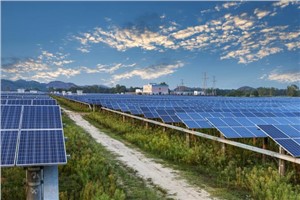 Gemini is believed to be one of the largest projects of its kind globally, with plans to host 690MW of solar PV arrays located on up to 7,100 acres, coupled with battery storage infrastructure. The Gemini project, expected to exceed $1 billion in capital expenditure, will capture and store solar energy during the day and dispatch it during the early evening peak period when power demand surges in Nevada. The addition of battery storage to renewable generation sources is designed to enable the long-term reduction of carbon emissions from existing power generation sources. Once built and operational, Gemini is expected to help reduce carbon emissions by 1.5 million tons1 per year.

“This decision from the PUCN clears the path for Quinbrook to progress into the final stages of project design and procurement planning for what could be one of the world’s largest ever renewables projects,” said David Scaysbrook, Co-Founder and Managing Partner of Quinbrook. “Gemini plans to showcase at scale what we believe to be one of the most promising technological advances in renewable power. The project will demonstrate the ability to couple solar PV technology with battery storage to capture and use Nevada’s abundant renewable solar resource to deliver low cost power to NV Energy’s customers and keep the lights on long after the sun has set.”

Added Scaysbrook, “We believe Nevada is an ideal location for a project of this magnitude. The state is naturally endowed with the sun’s energy all year round, so it makes sense to convert that to low cost and emissions-free energy for the long term. Quinbrook is proud to have reached this important milestone with NV Energy, which rewards the faith our investors have shown in our strategy.”

The final development stages of Gemini will continue to be overseen by Quinbrook’s partner, Arevia Power, led by Ricardo Graf and Mark Boyadjian.

“We have been impressed by the performance of Arevia in the development of Gemini thus far. Quinbrook is pleased to be actively developing other large scale solar and battery storage projects in partnership with Arevia in multiple U.S. states,” said Scaysbrook.

Quinbrook and Arevia estimate that Gemini will support nearly 2,385 jobs during construction and add up to $463 million in economic development value to the Nevada economy.