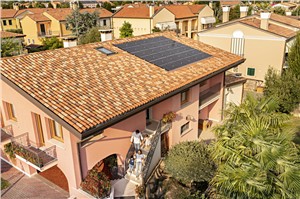 On November 12, 2019, the US International Trade Commission Administrative Law Judge (ALJ) issued an order to indefinitely stay the hearing in a patent infringement investigation initiated by Hanwha Q Cells in March 2019 against Longi Solar, JinkoSolar and REC Group. The ALJ indicated that an initial determination of non-infringement will be granted within the next 2 weeks.

The ALJ's order marks an important day not only for REC Group, but the entire solar industry. The ALJ's order comes as no surprise to REC Group, nor to its trusted and longstanding partners and customers. The order is a testament to REC's confidence since the beginning that Hanwha Q Cells' claims against the Norwegian headquartered brand are and have always been without merit. REC Group is pleased with the ALJ's order and is looking forward to further defending its position on non-infringement before the full Commission.

With this decision, REC will continue to strongly focus on its overall mission: to empower homeowners, businesses, and communities around the world with clean and affordable solar energy. REC Group is confident that this can best happen with pioneering technology. Most recently, REC started production of the world's highest power 60-cell panel, the REC Alpha Series, at an annual capacity of 600 MW. With this expansion and investment in pioneering solar technology, REC's Singapore facility is now one of the largest and most advanced solar PV manufacturing operations, exceeding the production scale of any solar manufacturing facility in the U.S. or Europe. And the company aims to further grow by another 2 to 3 GW. Based on its revolutionary heterojunction technology and a patented panel design, the new REC Alpha Series will set a higher standard for the global energy market; helping to push solar energy over the tipping point as a crucial energy source to combat climate change.