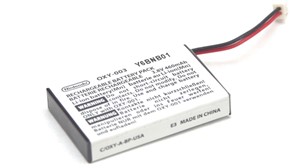 The global micro battery market is estimated to be USD 128 million in 2019 and is projected to reach USD 631 million by 2025, at a CAGR of 30.4% between 2019 and 2025. The growth of this market can be attributed to the inherent advantages offered by micro batteries. Some of the major benefits of micro batteries includeflexibility, safety, high energy density, lightweight, longer lifespan, as well as low cost. These factors have helped the micro battery market gain traction in applications such as smart cards, smart packaging, medical devices, and wearable devices, as well as penetrate application areas such as smart textiles and wireless sensors.

Market for wearable devices application likely to grow at highest CAGR during forecast period
The market for the wearable devices application is expected to witness the highest CAGR during the forecast period. The increasing demand for intelligent smartwatches and fitness bands has given rise to the development of innovative product designs and the adoption of related components that are compact and flexible in nature. Most of the wearable devices require batteries that have a high capacity, can be recharged at a fast rate, and are long-lasting. These requirements are opening doors for the applications of micro batteries in wearable devices. Incorporating micro batteries not only makes the devices lightweight but also meets the other critical requirements of the devices, such as energy density, power capacity, and increased life cycle.

APAC accounts for largest market size during forecast period
APAC held the largest share of the micro battery market in 2018, followed by North America and Europe. Major manufacturers of wearable devices and consumer electronics in this region are miniaturizing their product designs, which require micro power sources for compatibility with the miniaturized designs. Also, technology advancements in smart packaging (such as the use of printed RFID tags and smart labels in packages), as well as the adoption of medical devices, mainly pacemakers, drug delivery systems, and medical patches, which require lightweight, flexible, and safe power sources, are fueling the market growth of micro batteries in the APAC region.