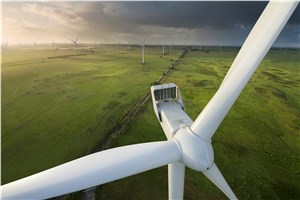 Vestas has received a 361 MW order to supply and install 86 V150-4.2 MW wind turbines for the Campo Largo Phase 2 wind park to be located at Sento Sé and Umburanas municipalities, State of Bahia. The order has been placed by ENGIE Brasil, the largest private energy producer in Brazil.

"This first project with Vestas in Brazil is an important milestone for both companies as it contributes to consolidate our worldwide partnership, and it is also ENGIE’s largest wind project in the country. This new Vestas wind turbine model fitted the project’s wind profile and helped us create a competitive project for Brazil’s free energy market”, says CEO of ENGIE Brasil Energia. Eduardo Sattamini.

Turbine delivery is expected to start in the second quarter of 2020, whilst commissioning is planned for the first quarter of 2021.

The project’s 86 wind turbines will be locally produced under the Brazilian Development Bank (BNDES) FINAME II rules. The nacelles will be manufactured in the facilities that Vestas holds in State of Ceará, and the blades and towers will also be produced in the country.

The energy produced will mainly be dedicated to the consumers of Brazil’s free energy market, underlining the increasing competitiveness of wind energy in Brazil.

“We are very proud to work with ENGIE in Brazil and we hope this contract establishes the foundation for more business between the two companies in the future. As the largest private energy generation company in the country, they will benefit from our 4 MW platform’s advanced technology, which has proven to be very competitive in Brazil’s recent auction. The order is also a great achievement for us. It consolidates Vestas’ leading position in the Brazilian market and illustrates the V150-4.2 MW’s strong fit with Brazil’s wind conditions”, highlights Rogerio S. Zampronha, Vestas managing director for Brazil and Southern LATAM.

Since Vestas announced the expansion of its production capacity in Brazil in October 2018, the company has received 613 MW of orders for its leading onshore wind turbine.