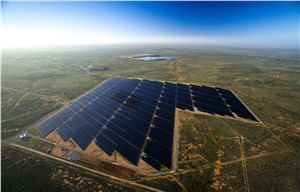 Canadian Solar Inc. one of the world's largest solar power companies and TrailStone GmbH ("TrailStone"), a global commodities trader and an investor in strategic commodity assets, today announced they entered into a 10-year power purchase agreement ("PPA") for the electricity produced by a 17.6 MWp solar PV plant portfolio in Sicily, Italy. The portfolio is jointly owned by Canadian Solar (51% stake) and Manni Energy (49% stake), a renewable energy company devoted to engineering, O&M services, and energy efficiency and part of Manni Group, which will also provide turnkey EPC services for the project.

This landmark PPA will cover 100% of the electricity generated and is believed to be the longest-term PPA for a fully unsubsidized solar PV portfolio signed to date in Italy. The PPA provides stable and predictable power sales revenues via a fixed price floor but also higher generation-weighted power prices due to an upside-sharing mechanism. As part of the agreement, TrailStone will also act as market representative for the portfolio on the Italian wholesale market.

The solar PV portfolio is expected to start producing electricity in the second quarter of 2019. The expected production is approximately 34 GWh per annum, equivalent to the annual consumption of 12,000 households in Italy.

TrailStone was advised for the transaction by legal firm Paul Hastings while Canadian Solar was advised by Orrick, Herrington & Sutcliffe.

Mr. Franco Citron, Manni Energy, commented: "It is an honor for us to have contributed in a project which will allow the Italian market to foster the deployment of this renewable energy source, with a benefit for the entire community. The agreement signed by Manni Energy and its valuable partners represents one of the first of this kind in Italy; opening the opportunity to private actors to invest in solar energy with a predictable ROI and at a competitive level of earnings, also in comparison to traditional energy sources. This scheme perfectly matches Manni Group's sustainability goals."

Tell a friend:
Canadian Solar and TrailStone Sign a 10-year PPA for an Unsubsidized Solar Portfolio in Italy