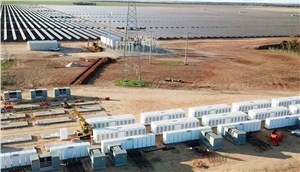 Most people would assume that if a battery storage installation – or even a pumped hydro facility – is located next to a big wind or solar farm, then the storage is being used to “back-up” the wind and solar, smooth its output and deliver a “firm” resource to the grid.

But in Australia, that is not the case.

The archaic rules that govern Australia’s ageing electricity grid do not allow it, and the market rule makers and regulators are under pressure – from the likes of Tesla, Fluence, Genex, and even the major networks and gentailers like AGL Energy – to catch up and ensure that true renewable-storage hybrids can be allowed to work.

Tesla – the operator of world’s biggest lithium ion battery (100MW/129MWh) at Hornsdale in South Australia – says the current rules are reducing revenue possibilities and even encouraging storage developers to build layouts that are inefficient and may not be benefiting the grid as much as they could, or should.

Tesla and Genex, the proponent of a world-first co-located solar and pumped hydro storage facility in Queensland, are pushing for new categories to be implemented that recognise the hybrid nature of such investments, their benefits to the grid, and help them avoid being billed twice (charging and discharging) by the network operator.

They note that market operators in other countries, such as the UK, and the US, have taken similar measures.

It is an issue that is vitally important as Australia looks to more storage as it expands its share of wind and solar. It affects “virtual power plants”, those facilities that link household solar and storage, as well as mega-projects such Tasmania’s battery of the nation project and the Snowy 2.0 pumped hydro scheme.

There is no doubt that batteries, like the Tesla big battery in South Australia and the Newman battery in W.A.’s Pilbara region have successfully demonstrated a wide range of abilities in their short time of the grid, well beyond the expectations of the market operators.

They have shown they can provide frequency control, inertia, and other essential grid services – holding the grid together in major events, and proving faster and more accurate in responding to others. Along the way, they have smashed cartels, and allowed the market operator to re-think how it manages the grid.

Some of those services earn those batteries money, but some of them don’t because the rules don’t allow it: Technology has out-run the rule makers and the regulators. But one of the rules that really bothers storage developers is the one that makes it nigh on impossible for them to pair the output with that of the neighbouring solar or wind farm.

That is a major problem, because apart from newly unveiled Ballarat battery in Victoria and the Newman battery in W.A., most batteries and proposed pumped hydro facilities are sited next to large scale wind and solar farms.

There is a good reason for this – they can share the cost of key infrastructure such as transformers, and poles and wires, if need be.

But a quirk in the rules means that they cannot actually combine the output of the wind and solar farms with the storage.

That’s why the Hornsdale Power reserve, as the Tesla big battery is known, operates separately to the Hornsdale wind farm, and the same will be true of the Ganawarra solar/battery and the Genex solar/pumped hydro. In the case of Genex, contacts will be written for the solar and the pumped hydro to different entities.

A recent report from the Australian Energy Market Commission to COAG energy ministers highlighted the issue, noting that large scale storage connections do not face un-neccearry barriers to market entry. They are looking at changing the categories that currently limit their operation, and also review the network charges that imposes costs when the storage both loads and discharges.

Currently, the rules mean that batteries must be registered as both generators and consumers, and must be “scheduled” i.e. able to do exactly what they are asked to do by the Australian Energy Market Operator.

Wind and solar farms, on the other hand, are categorised as either semi-scheduled. But neither category fits the combined assets of a wind and solar farm paired with battery or pumped hydro storage. And that’s a problem for developers because it limits their operations and their revenue potential.

There is also a problem with the need to register batteries as both a customer and a generator.  Tesla noted that it can only offer 63MW of frequency control under the current rules, whereas if it was operating as a single asset, it could actually offer more than 180MW.

The AEMC report recognises that changing the registration framework may reduce barriers to entry for such storage facilities, and so would better facilitate a competitive wholesale market.

Network operators Transgrid and Ausnet are on board, and AGL – which is looking to replace the ageing Liddel coal generator at least partly with renewables and storage – is also supportive.

As is AEMO. Chief executive Audrey Zibelman alluded to the problem while speaking at the launch of the NSW initiative for emerging energy, a program designed to put the equipment in place needed to deal with the inevitable exit from coal.

“It is a massive disruption that is happening in this industry,” she said. “One of the things we need to learn is how these technologies are going to work. There is a chicken and egg issue here: How to get investment in the resources if there is no market, and how do you create a market unless you know what the market needs are.

“We could spend next three to four years doing market change rules, and find out in the end that they don’t actually work to get the kind of stimulus we need … versus saying, we actually need to get dispatchable power in, let’s create program to incent that kind of investment, and as we are doing that let’s look at the market change rules that we need to do to make that a sustainable change.”

AEMO, however, needs the AEMC to approve the change in rules, which as the proponents of the 5-minute settlement period found, is not easy. It took years for the proposal to be approved, and the implementation was delayed for another near four years.

As for storage, it is wrong to say that every wind and solar farm will need back-up from storage. There is simply no need, and much storage – such as the Ballarat battery – can provide valuable services located at key network points, and can also defray the cost of network and equipment upgrades.

But the issues highlighted here show why the market regulators and rule makers need to get their skates on, particularly after a new technology can show what it can do as successfully as the Tesla big battery has done.

Tell a friend:
Why Battery Storage in Australia is Unable to Back Up Wind and Solar