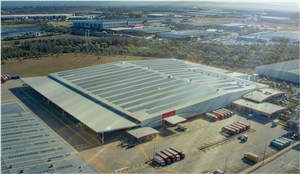 The shift to renewables by the giants of industry continues this week, with the news that Coca-Cola Amatil will install 3.5MW of solar, to cut its grid power usage in Australia by 14 per cent and its annual energy costs by up to $1.3 million.

The 10,000-panel job, which will be managed by commercial solar specialist Verdia, will be rolled out over the next eight to 10 months, across three Australian sites in three different states.

“On current figures the installation will pay for itself in six to seven years and is expected to provide an additional $14 million benefit over its lifetime,” he said

“We’re also committed to obtaining at least 60 per cent of our energy needs from renewable and low-carbon sources, by 2020.

“So, this installation is a win-win for us.”

Coca-Cola is just one of a raft of companies both installing their own renewable energy, and signing power purchase deals to both buy the output, and underwrite the development, of new solar and wind farms.

Last year, the beverage giant was part of a consortium of major corporations including Telstra and ANZ behind a ground-breaking deal to buy more than half of the power generated the 226MW first stage of the Murra Warra Wind Farm, near Horsham in western Victoria.

And earlier this year, Australia’s biggest brewing company, Carlton & United Breweries (CUB), started its shift to 100 per cent renewable energy by signing a contract with the new 112MW Karadoc solar farm in Victoria.

The deal with German renewable energy developer BayWa was to be followed up with the installation of rooftop solar at all the brewing company’s sites in Australia, part of a plan to reach the 100 per cent target by the end of this year and to lock in lower electricity costs.

Verdia said Coca-Cola’s 3.5MW of solar panels would be installed by 50 contractors across two hectares of roof space, at three sites used for soft drink production, bottling and distribution in Queensland, NSW and Western Australia.

It said that Coca-Cola would use almost all of the energy from the three solar systems on site – with little or no export back to the grid – given the sites’ “steady predictable load” seven days a week.

“They generally use more energy in summer which is their peak production period and this coincides with greater onsite energy production from the solar arrays,” Verdia said.

“This reduces any potential spill into the grid – so the business case for the program is not predicated on export to the grid.”

Final designs and network agreements would be complete by the end of the year, with work to start early next year and complete and commissioned by the middle of next year.

More one step off the grid News