First Metro for Bangkok's Green Line Rolls Out the Factory 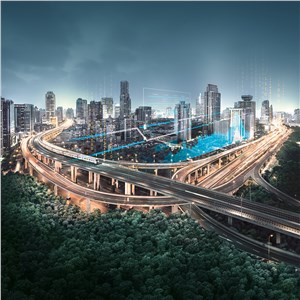 The first metro of 22 new four-car trains for Bangkok's Green Line extension has been manufactured and is ready for shipment to Thailand. Production of the train at the Bozankaya factory in Ankara, Turkey, began in April 2017. Today, just fourteen months later, Siemens, Bozankaya and Bangkok Mass Transit System Public Company (BTSC) are celebrating the roll-out of the first train. The metro train, weighing 140 tons, will begin its journey from the factory to the Turkish port of Borusan-Gemlik at the end of June. The entire distance from the factory to the train's final destination is around 15,000 kilometers and will take about six weeks. Arrival at the Thai port of Laem Chabang is scheduled for August 2018, and will be followed by static and dynamic commissioning in Bangkok, including test runs on the Green Line tracks in Bangkok. The trains will operate on the existing BTS (Skytrain) system and its extensions, and will help boost the capacity of the lines to over one million passengers a day.

"We have designed the train in order to maximize passenger experience and to guarantee maximum throughput on Bangkok's Green Line. The innovative construction of the car body reduces energy consumption and increases passenger capacity by providing an optimized interior layout. Four doors on each side of the cars enable passengers to board and leave the train rapidly, reducing dwell times at stations and increasing system capacity. Passenger comfort is enhanced by a particularly effective high-performance air-conditioning system," explains Sabrina Soussan, CEO of the Siemens Mobility Division.

The exterior design is a bold new interpretation of the established BTS design language. A black, horizontal band incorporating the side windows extends along the full length of the train. This graphic element features a peak in each door area, re-interpreting the established window shape in a dynamic and contemporary fashion. Thanks to well-positioned blue and red livery bands below and above the window zone, the visual identity of BTS is perceivable from any viewing angle and the trademark colors also remain clearly visible when the elevated train is viewed from ground level.

The cab area sports three-dimensionally sculpted surfaces, further enhancing the prominent graphics. Pointed lines give the front end a proud and determined look. The emergency door incorporates the BTS logo. Visually striking lighting areas are an integral part of the cab's design. The concept features LED technology. Each lighting element is able to change the lighting color from white to red, depending on the train's operating direction.

In May 2016, BTSC placed an order with a consortium of Siemens and the Turkish public transportation vehicle manufacturer Bozankaya for the delivery of 22 four-car metro trains. In addition, Siemens will take over their maintenance for 16 years. The Siemens scope for the Green Line extension trains includes the bogies, traction and braking systems, auxiliary systems, as well as the project management, design/engineering and commissioning of the trains.

The purchase is part of BTSC's initiative to add more trains for the existing Green Line and its extension to the East and to the North. These trains, which have a maximum speed of 80 km/h, accommodate 112 seats and 1,460 standing capacity at crush load. Beside of trains, Siemens is also delivering rail electrification system for this Green Line extension.

The Siemens Mobility Division conceived and implemented on turnkey basis the first three high capacity mass transit rail systems for Bangkok that are the basis for the further extensions. The BTS Skytrain elevated system from Siemens with 35 four car trains, initially with 23 kilometers in length, was the first rapid transit system to be built in Thailand in 1999. The system was subsequently extended by roughly 13 kilometers. The current two extensions are adding a further 32 kilometers, including 13 kilometers to the south of the Sukhumvit Line with seven stations, and 19 kilometers to the north of the Sukhumvit Line with 16 new stations, increasing the network's total length to around 68 kilometers.

The second turnkey mass transit rail system delivered by Siemens in 2004 was the first metro in Thailand's capital, the MRTA Blue Line with 20 kilometers length, 18 stations and 19 three-car trains. The line is now being extended by further 28 kilometers and 19 additional stations for which Siemens is delivering a turnkey system including 35 three-car metro trains, the signaling system, the traction power supply and complete equipment for the depot and workshop. In addition, Siemens will perform maintenance services of the transit rail system for a period of ten years.

Tell a friend:
First Metro for Bangkok's Green Line Rolls Out the Factory