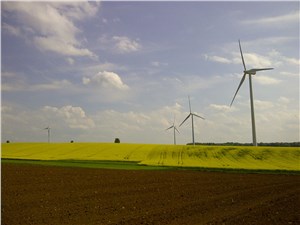 Vattenfall is now taking a further step into the European wind energy market by forming an alliance for the bid preparation in an offshore wind tender in Dunkerque, France.

Vattenfall is teaming up for the Dunkerque wind project, known as Eliade, with Caisse des Dépôts, a public French financial institution with many years’ experience in financing projects including offshore wind, and WPD, a German wind power developer with a strong position in France.

“France is a very interesting market for Vattenfall’s wind energy operations. To gain a foothold there will allow us to consolidate our position as a leading global developer of offshore wind energy and take us a step further in becoming fossil-free within a generation. A stronger wind presence will also strengthen our supply business in France,” says Gunnar Groebler, Senior Vice President and Head of Business Area Wind.

It is the third time that the French government has made sites available for offshore wind tenders. Ten companies have been selected for the project, rated at 250-750 MW, in a prequalification phase in May 2017, including Vattenfall.

The competitive dialogue phase, during which the participating companies have had dialogue meetings with the French State, has progressed well. Following the end of the dialogue phase, companies will prepare their bids using studies carried out by the French State. These cover the specifications for the wind farm as well as providing access to environmental and technical studies.

The bids will ultimately be judged on three criteria: price, the optimization of the wind power zone and consideration for the environment. The winner is expected to be announced during the second half of this year.

The decision to participate in the bid and to invest is subject to the approval of Vattenfall’s Board of Directors.

Vattenfall has wind operations in Sweden, United Kingdom the Netherlands, Denmark and Germany, both onshore and offshore. Their total output amounts to almost 7.8 terawatt hours (TWh) during 2017 (5.8 TWh 2016) distributed across more than 1,000 wind turbines. Vattenfall plans to invest EUR 1.5 billion in renewable energy production 2017-2018, mainly in wind power. Vattenfall has been active in the French electricity market since 2000.