Tamesol's Production Facility in Girona is Now Part of ISG,

This news is classified in: Sustainable Energy Solar Exploration 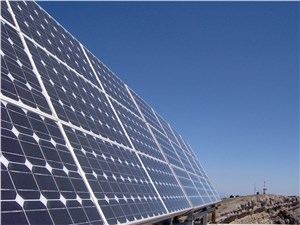 Solar International Group Ltd, a British multinational based in London and with a branch in Spain, has taken over Tamesol, a Catalan business specializing in the manufacture of photovoltaic panels and systems, through the acquisition of its production facility in Girona.

The object of the agreement will be to provide Tamesol with the necessary resources to realize its ambitious plan for expansion. The English company, which hopes to position itself as a reference in the renewable energy sector, has chosen Tamesol for its experience and potential for expansion. Tamesol has been manufacturing panels (TM-Series) and photovoltaic systems for more than 12 years, supplying more than 1.6 million modules and operating in more than 30 countries. The two companies have agreed to keep all of their human, technological and management resources in place, which have been key during the most prosperous years of the company.

The Catalan company, with a long history and a clear international focus from the very beginning, is currently experiencing a boom due largely to the reduction of costs, efficiency improvements in its flagship model, the TM-Series panels (now with a 30-year linear performance guarantee), and higher profitability of its projects. Tamesol has a global presence from its central offices (Girona), branch (Los Angeles), logistic warehouses (Rotterdam), production facilities (China, India and Taiwan), and partners (in more than 20 countries).

With this merger, the two companies hope to come together and increase future prospects for the coming years. ISG is positioning itself as a reference for the renewable energy sector, a business that covers the entire value chain of the solar industry, from the manufacture of photovoltaic solar panels and the promotion of solar parks to the construction and distribution of components. Without doubt, this is a business with which ISG intends to multiply the turnover of all the companies in the group and consolidate itself as a multinational leader in the renewable energy sector for the next 5 years.

As a result of the agreement, Tamesol will provide photovoltaic solar panels for its first macro project in India, of which ISG is a promoter. These are 300MW solar panels, currently in development and scheduled to be completed in mid-2017. The projects are located in the towns of Bengaluru, Bhuwaneswar, Ananthpur, Vayalpadu, Gujarath. This contract would mean for Tamesol a turnover of more than 100 million dollars.

India has become the most attractive market for investors in renewable energy and has the most future potential, thanks to the COP21 agreement signed in Paris one year ago.