This news is classified in: Sustainable Energy Solar Exploration 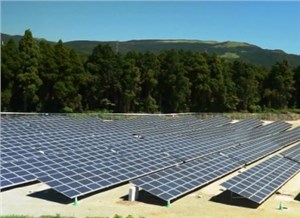 The Shizukuishi solar project is selling electricity to Tohoku Electric Power Co. Ltd. under a 20-year fixed-price take-or-pay power purchase agreement at ¥40 per kilowatt-hour (“kWh”) (approximately US$0.37 per kWh). The solar park is expected to produce approximately 25.6 gigawatt-hours (“GWh”) of solar electricity per year, enough to supply electricity to approximately 7,300 households. Etrion owns 87% of the project, and HHT owns the remaining equity interest. Sumitomo Mitsui Trust Bank Limited (“SMTB”) provided both construction financing and an attractive 18-year term loan facility similar to traditional project finance. Shizukuishi is the second solar project successfully developed, built, financed, owned and operated by Etrion in cooperation with HHT and SMTB. In June of this year, Etrion announced the financial close of a third solar project, Aomori (9.5 MW), which is now under construction.

Approximately 100 guests were in attendance at the official inauguration of the Shizukuishi solar project this week. Guests included such dignitaries as the Swedish Ambassador to Japan, Mr. Magnus Robach, the Mayor of Shizukuishi Town, Mr. Masamitsu Fukaya, other government representatives from both the prefecture and town, many local banking and business officials, as well as several representatives from the sponsors, SMTB and other contractors and suppliers to the project.

Marco Antonio Northland, Etrion’s CEO, commented, “I am delighted with the progress we are making in Japan and the strong collaboration we have with our local partners. We are fully dedicated to this market and are confident that we can advance our more than 250 MW of backlog and pipeline to be ready to build over the next couple of years. Thank you to everyone who worked so hard on making the Shizukuishi solar park a reality”.

Mr. Hiroshi Tajima, Executive Officer, General Manager of Industrial Systems Business Group at HHT, added that “I am very glad for our successful ramp up of the Shizukuishi solar park through our strong partnership with Etrion. We continue to deliver highly sophisticated and reliable Hitachi PV power generation systems with superior quality of engineering and construction. We, together with Etrion, are committed to realizing our currently agreed next solar park projects, as well as our future projects by strengthening our partnership and cooperation with each other.”

Kengo Noguchi, SMTB’s Managing Executive Officer and Global Head of Structured Finance, commented: “It is our great pleasure to partner with Etrion and Hitachi High-Technologies in developing their second solar project in Japan. SMTB is committed to supporting the country’s shift to clean energy. We are proud to take part in this environmentally friendly power generation project and look forward to assisting Etrion and Hitachi High-Technologies as they execute their growth plans, bringing more solar projects into the energy mix in Japan.”