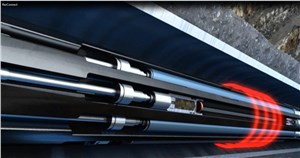 Duke Energy today issued the following statement regarding background well sampling data released by the North Carolina Department of Environment and Natural Resources (NCDENR). The state tested 24 private wells, known as background wells that are near but not influenced by Allen, Buck and Marshall Steam Stations. The objective was to understand which constituents are naturally occurring in the groundwater in the area and then compare it to approximately 300 tests from wells within 1500 feet of ash basins. The state used several criteria to ensure the background wells could not have been impacted by coal ash basins.

The State has now tested wells near coal ash basins and wells that are far enough removed from the basins to be unaffected by them. The new results validate what we and others have been saying—the constituents found in the water samples occur naturally at various levels across the state. In addition, the background wells and the vast majority of private wells tested, all meet federal drinking water standards.

The information serves as another piece of the puzzle, combined with historic groundwater monitoring data, and private well testing near our facilities, that we find encouraging. But our work is not done. Very detailed groundwater assessments are being conducted now, including thousands of pages of scientific and engineering study by outside experts, to produce the most comprehensive picture of the groundwater under and around our facilities.