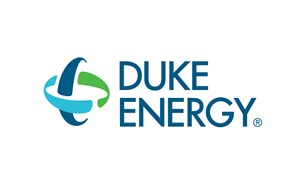 "This ambitious plan seeks to build on the substantial progress Duke Energy and other utilities have made to reduce our environmental footprint. Even without federal regulations, our company has reduced carbon dioxide emissions from our power plants by 22 percent since 2005.

"As we continue to move to a lower carbon future, we will also continue to work constructively with states to identify customer solutions that preserve the reliability and affordability that our communities expect. As we continue to modernize our system, energy diversity will be important ? nuclear, natural gas, state-of-the-art coal, hydro, renewables, energy efficiency and energy storage."

In addition to Duke Energy?s carbon dioxide reductions of 22 percent since 2005, sulfur dioxide and nitrogen oxides are down 86 and 65 percent, respectively.

The company retired 40 older coal units across the Carolinas and the Midwest since 2011, replacing those plants with state-of-the-art, highly efficient coal and natural gas facilities, investing more than $9 billion to lower emissions.

In addition, the company is working to extend the use of nuclear plants, which provide zero-carbon energy.

Duke Energy is the largest electric power holding company in the United States. Its regulated utility operations serve approximately 7.3 million electric customers located in six states in the Southeast and Midwest. Its commercial power and international energy business segments own and operate diverse power generation assets in North America and Latin America, including a growing portfolio of renewable energy assets in the United States.

Headquartered in Charlotte, N.C., Duke Energy is a Fortune 250 company traded on the New York Stock Exchange under the symbol DUK. More information about the company is available at duke-energy.com .