Atlantic Power Announces Agreement for the Sale of its Wind Portfolio 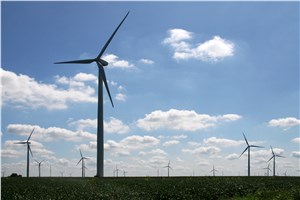 "Together with our board, we considered a wide range of options for asset divestitures over the last six months as well as options for refinancing the balance sheet without asset sales," said James J. Moore, Jr., President and Chief Executive Officer of Atlantic Power.  "This transaction represents a compelling valuation for our assets and will enhance our financial strength and flexibility."

Based on the Company's 2015 guidance and adjusting for the Company's proportional ownership of Rockland and Canadian Hills, the EV/Project Adjusted EBITDA multiple implied by the transaction is approximately 14 times.  The equity valuation of $350 million represents a multiple of approximately 13 times expected 2015 cash distributions from the projects.

Mr. Moore continued, "In addition to completing the wind transaction, we are focused on executing the other elements of our business plan, including evaluating the best use of proceeds to optimize our capital structure for the benefit of shareholders, continuing to implement significant reductions in our corporate general and administrative expenses beyond the level already targeted for 2015, and making ongoing investments in our fleet at attractive cash-on-cash returns."

Net proceeds to the Company from the transaction are expected to be approximately $338 million after estimated transaction fees and transaction-related taxes.  The Company's 2015 guidance provided on February 26, 2015 did not assume any potential asset sales.  The Company expects to update this guidance for the sale of its wind assets when it reports results for the first quarter of 2015 after the market closes on May 7, 2015.

The Purchase Agreement contains customary representations, warranties, covenants, and indemnification provisions.  The sale is subject to various closing conditions and approvals, including the receipt of regulatory approval by the Federal Energy Regulatory Commission, antitrust approvals under the Hart-Scott-Rodino Act, and other required governmental, third party and lender consents and approvals.  The Purchase Agreement contains certain termination rights for both parties, including if the closing does not occur within ninety (90) days following the date of the Purchase Agreement (subject to extension to one hundred eighty (180) days following the date of the Purchase Agreement, if necessary to obtain applicable governmental approvals).  Closing of the transaction is expected by the end of the second quarter.

In connection with the Purchase Agreement, the Company also entered into a Guaranty Agreement (the "Guaranty Agreement"), under which it has agreed to guarantee the full and prompt payment of all payment obligations of the Company under the Purchase Agreement.  The parties have agreed to utilize representation and warranty insurance for coverage of certain indemnification obligations, subject to a cap and certain exclusions.

Tell a friend:
Atlantic Power Announces Agreement for the Sale of its Wind Portfolio