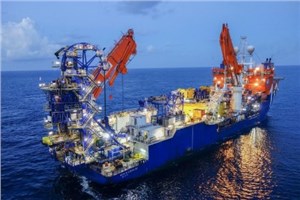 McDermott International, announced today that it has been awarded a sizeable contract to transport and install subsea umbilicals, manifolds, jumpers and flying leads for Chevron U.S.A. Inc. (“Chevron”) to support the brownfield expansion of the Jack and St. Malo fields in the U.S. Gulf of Mexico. The value of the award is included in McDermott’s first quarter 2015 backlog.

“This will be the second subsea project in the Jack and St. Malo fields that McDermott has carried out for Chevron, which demonstrates confidence in our ability to install subsea facilities in such challenging deepwater environments,” said Scott Munro, Vice President, Americas, Europe & Africa. “McDermott successfully installed some of the industry’s largest and most complex umbilical end terminations in 7,200 feet of water, as part of the fields’ original development last year.”

McDermott’s subsea construction vessel, North Ocean 102, is expected to transport and install 30 miles of umbilicals and associated flying leads. The final jumper assembly is scheduled to be completed at McDermott’s Gulfport Spoolbase in Mississippi prior to installation by McDermott’s Derrick Barge 50 utilizing its deepwater lowering system.

The installation campaign is expected to commence in the second quarter of 2016.

The Jack and St. Malo fields are located within 25 miles of each other in the Walker Ridge area of the U.S. Gulf of Mexico, approximately 280 miles south of New Orleans, Louisiana. First oil and natural gas production was achieved in December 2014.