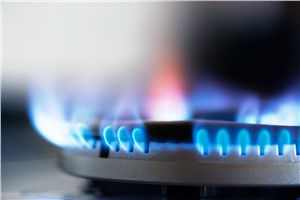 A new non-profit advocacy group is planning to weigh in on behalf of U.S. natural gas, and many are wondering why natural gas producers are not doing that for themselves.

The spokesman for the new group calling itself The Empowerment Alliance (TEA) said this week that it plans to mount a campaign to advocate against the adoption of the so-called “Green New Deal” and for the use of natural gas in power generation and other applications in the United States. The spokesman, Terry Holt, told Politico that the group plans to engage in paid advertising, grassroots advocacy and proactive media outreach, with a lobbying effort coming later on as the 2020 elections approach.

Interestingly, TEA has organized itself under the provisions of non-profit laws that allow it to keep the identities of its monetary supporters confidential. Holt says that the group has chosen that route in order to help contributors avoid negative blowback from anti-mineral fuels groups such as those funded by billionaires Michael Bloomberg and Tom Steyer, which is certainly a reasonable concern given the increasingly radical tactics employed by such groups.

But the desire to hold its list of contributors confidential also opens TEA up to being labeled a “dark money” operation in media reports, with all the attendant negative news coverage and public perceptions that inevitably come along with that designation. Still, at least TEA is mounting an effort to defend natural gas, an amazingly abundant U.S. mineral resource, from the withering reputational assaults coming from anti-development groups and various Democratic presidential contenders.

TEA appears to be attempting to fill a void in pro-natural gas advocacy at the national level left by the industry itself, a void that for several years was filled in a very robust way. When incoming President Barack Obama made it clear throughout his 2008 campaign that the adoption of a cap-and-trade system on carbon emissions would be a centerpiece of his initial legislative agenda, and the anti-mineral energy community simultaneously ramped-up its campaign to demonize hydraulic fracturing, or “fracking,” it became obvious that the industry need to similarly improve its own advocacy efforts.

In December of 2008, the members of the Independent Petroleum Association of America (IPAA), working with some of the other industry trades based in Washington, DC, created Energy In Depth as a program designed to promote accurate information in media reporting on fracking. That program has expanded over time and still performs effective work today.

In January, 2009, a group of more than 20 large independent natural gas producers agreed to form a new trade association called America’s Natural Gas Alliance (ANGA), and funded it with an $80-$100 million annual budget for advocacy. Obama’s cap-and-trade effort ultimately failed, but ANGA’s efforts were helpful in ensuring natural gas received fair inclusion in the various plans that were floated throughout 2009.

[Full disclosure: I was personally involved in the efforts to create both EnergyInDepth and ANGA while employed at El Paso Corporation during that time frame.]

Following up on that success, ANGA expanded into regional and state advocacy on behalf of policies designed to encourage greater use of natural gas in transportation and power generation. Those efforts also produced positive results, but the effort began to run out of steam as gas prices started to collapse and the companies grew weary of paying the large annual dues bills. ANGA was absorbed into API effective January 1, 2016, and its advocacy programs continue under a greatly reduced budget at The Natural Gas Solution.

In the meantime, various groups of operators have gotten together to mount smaller regional efforts like Texans for Natural Gas and Coloradans for Responsible Energy Development.

Those efforts and others have done effective work to promote the environmental and economic benefits of natural gas. But what has been missing for the last four years has been a national advocacy focal point for natural gas that has the funding to compete with the hundreds of millions of dollars paying for negative attacks on that resource each year by a broad variety of opposition groups and politicians.

TEA apparently hopes to fill that void, at least in part, which is commendable. It’s a tough job but somebody needs to do it. However, it remains a wonder why the companies whose bottom lines depend on increasing the use of natural gas in this economy aren’t mounting a well-funded national effort of their own.