The Case for a Goldilocks Carbon Tax 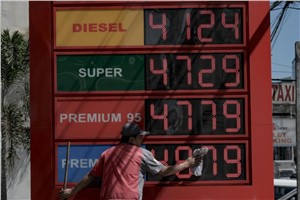 Earlier this week a group called the Climate Leadership Council unveiled a proposal for an economy-wide carbon fee.  Proposals for carbon pricing are not new. What is unique about the CLC proposal is that it is endorsed by an incredibly diverse group of companies and non-profits, among them Microsoft, Ford, ExxonMobil, ConocoPhillips, the World Wildlife Fund and The Nature Conservancy.

This diverse coalition of fossil fuel companies, environmental groups and others represents a welcome opportunity to advance climate policy, but perhaps paradoxically, only if we recognize the politics of carbon pricing in addition to the economics. A low carbon price is the only one that can succeed as a necessary element of climate policy.

Economists have long recognized that a price on carbon is necessary if deep decarbonization of the global economy is to succeed. The economic case for pricing carbon arises directly from economic theory initially developed more than a century ago by economists such as Alfred Marshall and Arthur Pigou. The idea is straightforward: the burning of fossil fuels results in harms to society that are not reflected in the prices of coal, oil and natural gas. To address this mismatch between harm and price, a tax should be levied on fossil fuels. Simple.

In practice however, pricing carbon has not proven effective. According to the World Bank only 5.5% of global greenhouse gas emissions are covered by a carbon tax, and another 9.8% are covered by emissions trading mechanisms. What accounts for the yawning gap between theory and practice? Politics.

In my book The Climate Fix, I explained that there is an “iron law” of climate policy which holds that when economic growth and emissions reductions collide, economic growth will win out every time. Economists argue that over the long-term, taxes are economically efficient and may in fact contribute to economic growth (not to mention the health of the planet). While this may be true, elections occur in the short-term and many people vote based on their wallets, and very few vote based on century-long estimates of discounted costs and benefits.

Such increases in the price of energy are likely to be politically untenable. According to the most recent survey of the U.S. Energy Information Agency, more than 30% of Americans reported having difficulty paying their energy bills. Of course, higher priced energy would show up in higher costs throughout the economy, which would also be unpopular.

Carbon pricing advocates have tried to sell their approach by promising refunds to citizens using the revenues raised by the tax.  For instance, the CLC promises $2,000 to each family of four. So far, the idea of a large new federal bureaucracy and wealth redistribution hasn’t proven politically popular. It probably never will be.

Some advocates for climate action have looked at the complex politics of carbon pricing and decided to oppose them as a distraction.  Yet, a carbon price remains necessary.  Consider that if alternatives to fossil fuels are deployed in such numbers that they significantly depress demand for oil, gas and coal, this will have the market effect of reducing prices of these commodities. That will make fossil fuels more competitive against alternatives. There is a paradox here: the more successful decarbonization is, the harder it becomes. Thus, a floor price is needed on fossil fuels, maintained by a rising carbon price.

German economist Hans Werner-Sinn has argued that there is another “green paradox” lurking in carbon pricing. A commitment to a rising carbon price could create incentives for greater production and consumption of fossil fuels in the short term as the value of these commodities will be greater today than in the future.  Werner-Sinn writes: “good intentions do not always bring good deeds.”

I propose starting with a $1 per ton carbon dioxide tax, applied at the point of extraction of coal, gas and oil.  This tax would increase the cost of a gallon of gasoline by less than a penny, natural gas by about 2% and coal by about 7%. Conventional carbon tax advocates would argue that such small increases won’t be enough to change anyone’s behavior. Well, that’s a feature, not a flaw. Small increases in the costs of energy will avoid the political trap of the “iron law.” The purpose of a carbon tax is to establish a floor price, rather than aiming for a theoretical ceiling.

Globally, each year a $1 carbon dioxide tax would raise about $40 billion and in the U.S. about $5 billion. The bulk of these proceeds should be used to invest in energy innovation, to develop and deploy the technologies that will be necessary to achieve deep decarbonization this century. One model for how such innovation might be supported is the Consultative Group for International Agricultural Research, an international consortium of groups focused on innovation in agriculture needed to address poverty, hunger and environmental degradation.

A further benefit of a $1 carbon dioxide tax is it offers a test of seriousness of commitment to mitigating climate change. Any government that cannot support such a tax is decidedly unserious about climate change. Remember that ExxonMobil supports a price ten times this amount.

The $1 per ton tax should increase at a rate consistent with the deployment of carbon-free energy, such that an appropriate floor price is maintained. The rate of increase will also be governed by political acceptability. If governments are successful in managing and using the proceeds of the very low tax, then it will build legitimacy for increasing that tax and putting further proceeds to work. The Highway Trust Fund in the United States offers a model for building political support for an energy tax that can last for decades.

If climate policy is to succeed, then a carbon tax – harmonized, global -- will be necessary. Its role won’t be exactly that which comes from economic theory because it also has to meet the test of political reality. There is currently a broad array of support for a carbon price from the left and the right, from environmental groups and fossil fuel companies. Climate policy should focus on securing a low carbon price while the opportunity is here.

Tell a friend:
The Case for a Goldilocks Carbon Tax