Can Environmentalists Get Their Heads Wrapped Around Using Nuclear Energy? 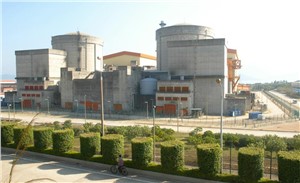 The globe’s most advanced countries are waffling over whether they intend to use nuclear energy going forward while the emerging economies are going full-steam ahead and commercializing the latest technologies. The issue centers on whether the world community can meet its climate change commitments without carbon-free power that reliably runs around-the-clock.

It is irresponsible to shun nuclear energy. By 2050, the world population will expand by 40% and the demand for energy will double or triple, all on top of the fact that about 1 billion people lack access to electricity now. And this corresponds with the latest United Nation’s assessment that if a lid is not kept on temperature rises, sea levels will rise and aberrant weather conditions will worsen.

Undoubtedly, nuclear energy plants are costly to build. But what is the price of inaction? About 500 business leaders from across the United States representing E2 say that it will cost the American economy $500 billion a year by century’s end. Once a nuclear plant is built, they are inexpensive to run while they are extremely efficient and produce no greenhouse gas emissions. Altogether, they comprise roughly 60% of this country’s carbon-free electricity.

“People who think that we can get there without nuclear being part of the blend, just aren’t looking at the facts,” U.S. Senator Corey Booker, D-N.J. said at the Democratic presidential forum on climate change held on CNN.

The reality is that the technology is advancing and improving upon both the efficiencies and the security features of existing nuclear plants. Take the start-up last week of the Taishan nuclear power plant in China’s Guangdong province: It’s a Chinese and French innovation that is Generation III-plus. What that means is decreased production costs, improved fuel utilization, reduced spent fuel, improved reliability and enhanced safety measures.

It’s the second of two units and the result of a Chinese-French partnership. Together, the reactors produce 1,750 megawatts.

“The success of the Taishan project is the result of a long and fruitful cooperation between EDF and CGN and more widely in the French and Chinese nuclear sectors,” says Jean-Bernard Lévy, chief executive of Electricite de France, who worked with China’s CGN to build the plant. “Safe and competitive, European Pressurized Water reactor technology is an increasingly important asset to make the global energy mix totally carbon free.”

Without a doubt, it’s hard for many environmentalists to get their heads wrapped around using nuclear energy as a weapon to defeat global warming. Their arguments against doing so are notable. They include the recent nuclear accident in Japan along with the lack of a permanent resting place for the spent nuclear fuel and the exorbitant cost of construction.

Just look at Southern Co’s experience with its Vogtle plant, costing billions more than anticipated and taking years longer to finish. It is expected to cost $20 billion and will be “challenged” to meet the 2022 deadline, originally set for 2017.

At the Democratic forum, Senator Bernie Sanders of Vermont had voiced the greatest opposition to nuclear energy, citing both the high cost and the difficulty finding a long-term storage site. As a matter of record, nuclear waste is now buried safely on site and Congress had earlier Yucca Mountain to be the central storage facility. But science and politics have collided to prevent that.

To be clear, just about all the 99 nuclear reactors operating in the United States today use so-called Second Generation light water, solid fuel technologies. They operate, on average, at 90% capacity and they have been working safely and effectively for four decades.

“The greatest departure from most designs now in operation is that many incorporate passive or inherent safety features which require no active controls or operational intervention to avoid accidents in the event of malfunction …,” says the World Nuclear Organization. Areva, Mitsubishi Heavy Industries, General Electric, Hitachi and Toshiba are working on those plants.

Nuclear energy’s future will depend in large part on the experience of China and India. If they can prove that the advanced technologies are providing reliable, safe and clean electricity for ever-expanding populations, it will then compel western nations to pursue the same course.

Tell a friend:
Can Environmentalists Get Their Heads Wrapped Around Using Nuclear Energy?