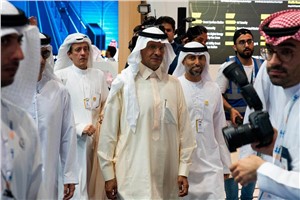 Making sense of the internal politics of Saudi Arabia has never been easy because of the kingdom’s closed power structure.

But major changes have taken place at the top of the Saudi energy industry in recent days, and they will likely have an impact both on Saudi Arabia’s near-term oil policy and how the OPEC kingpin manages its vast oil resources over the coming decades.

The big question is how deep the impact will be.

Gone is long-time Saudi Energy Minister Khalid al-Falih, replaced by deputy Prince Abdul-Aziz bin Salman, a son of King Salman and the first royal to hold the position. Al-Falih was also stripped of his chairman position at the state oil giant Aramco, replaced by the head of the kingdom's Public Investment Fund, Yassir al-Rumayyan.

The moves come as Saudi Arabia accelerates, once again, plans for an Aramco initial public offering (IPO), with the kingdom reportedly eyeing a listing on the domestic stock exchange, the Tadawul, as early as November or December. A foreign listing, most likely on the Tokyo exchange according to recent media reports, could follow in 2020 or 2021.

The rationale for an Aramco IPO remains dubious and Khalid-al Falih made no secret of his opposition to the idea. There is a glut in oil markets thanks to the continued growth of U.S. shale, which has kept prices around $60 a barrel – this despite Saudi-led OPEC and non-OPEC allies keeping about 1.2 million barrels a day off the market through voluntary cuts for the past three years.

Saudi Arabia has borne the brunt of the production cuts, which has stunted Aramco’s potential growth. The state-owned oil company is producing less than 10 million barrels a day despite having the a capacity of over 12 million barrels.

The market for oil equities has been brutal over the past year. Shale and slagging economic growth in Asia are weighing on prices, and now fears of a global recession are troubling investors’ sleep. Al-Falih, a long-time Aramco technocrat, has publicly warned about all of these issues.

His warnings likely didn’t go over well with the powerful Saudi Crown Prince Mohammed bin Salman (MbS), whose priority is implementing his Vision 2030 economic reform plan that aims to diversify the kingdom’s economy away from petroleum. The Aramco IPO, which would essentially monetize future Saudi oil production, is the centerpiece of Vision 2030.

After a false start a year ago, the crown prince appears committed to moving ahead with the IPO now – no matter how poor the market conditions may be.

The near-term implications of the Saudi energy shake-up should be business as usual.

The supply cut deal with Russia runs through the first quarter of 2020, and Saudi officials –including al-Falih – have discussed the need to extend the pact through the end of next year to maintain higher oil prices. That position is unlikely to change with Prince Abul-Aziz as energy minister.

Indeed, Prince Abdul-Aziz said on Monday that the pillars of Saudi Arabia's policy would not change and the global supply cut deal would survive, prompting a modest increase in oil prices.

as it gears up for a public offering. The rationale is simple: Higher oil prices will deliver a higher valuation for Aramco. Many believe the Saudis are targeting an oil price of $70 a barrel.

There may be some truth to the notion that MbS tapped Abdul-Aziz because the fellow royal will follow orders without questioning them. In other words, the energy ministry, as well as Aramco’s new chairman, al-Rumayyan, will both work to justify and build support for the Aramco IPO. Al-Falih concerns may have been seen as undermining the sale.

Al-Falih, however, also proved extremely skilled at building relationships and forging improbable deals under difficult circumstances. His late 2016 alliance with Russia and other non-OPEC countries to manage the oil market was historic. He was also adept at saying all the right things when crude prices went too high or too low.

It’s fair to ask whether Abdul-Aziz can be as effective. If not, it could be concerning because oil markets need all the comfort they can get these days as recession fears and concerns about slowing demand grow with the persistent U.S.-China trade war.

The Kremlin has already said that “the exit of a single minister can hardly have an impact” on joint Russian and Saudi initiatives and relations. But Russia has also fallen out of compliance with its OPEC commitments recently, joining serial-cheater Iraq. In other words, there is much work for Abdul-Aziz to do to keep the production pact alive and its members in compliance –

never mind getting them to agree to even deeper cuts.

Many observers will see this shakeup resulting in greater politicization of Saudi oil policy. The effective technocrat al-Falih has been replaced by a royal puppet who will do the bidding of the crown prince.

If true, it begs the question: What is MbS’ long-term vision of Saudi oil policy? The crown prince wants to sell up to 5 percent of Aramco to the public in the near-term, but what comes after?

Saudi Arabia’s economic priority is to maximize the value of its vast oil reserves, which have been independently verified at 266 billion barrels, and are believed to have the lowest production costs in the world.

Ensuring balanced oil markets has also been a long-term priority for Riyadh. If there is oversupply, the kingdom and its OPEC partners cut output to keep prices firm and revenues strong. If there is a deficit, the swing producer adds more oil to the market, ensuring that prices don’t surge so high that demand is destroyed.

But would the young crown prince break from Saudi Arabia’s role as swing producer?

Some suggest the Aramco IPO reflects Saudi fears of peak oil demand, that Riyadh is seeking to get paid for future output today because the outlook for future oil demand is not as robust as it once was.

There’s no doubt that the low-carbon energy transition is underway. So how do Saudi Arabia’s huge oil reserves fit into this future, at least in the mind of MbS?

The kingdom has current oil production capacity of over 12 million barrels a day, but it wouldn’t be hard for it to ramp up to 15 million barrels given that its production costs are only around $3 a barrel. If there are concerns about stranded assets in the future, output could be pushed even higher given the country’s huge reserves.

Such a move would tank oil prices, but if MbS truly believes thinks the oil game is ending soon, it may make some sense to put higher-cost competitors out of business and seize their market share – particularly in rapidly growing Asian economies – and try to be the last producer standing.

But that calculation comes with enormous risks. It would mean a departure from OPEC, which has given Riyadh more political power than it ever would have had alone. It could also upset Saudi Arabia’s key allies, fellow producers with higher production costs, including the United States.

Higher output at lower prices might not even translate into bigger revenues over time compared to a policy governed by the traditional production caps that support higher prices. After all, the priority is earning the most cash from the oil. Is the loss of political clout and allies worth it? Perhaps not.

But outside investors could increasingly have a say over such matters if Saudi Arabia continues to sell off chunks of Aramco.

No doubt these scenarios keep the Saudi leadership up at night. It’s impossible to say how the country’s leaders actually view the future, but it’s clear that some of the thinking that has underpinned decades of Saudi oil policy is changing.

Tell a friend:
Is Saudi Oil Policy Changing Before Our Eyes?