The LATAM Small Scale LNG Market Will See a Capital Expenditure (capex) of $1,002mn in 2019 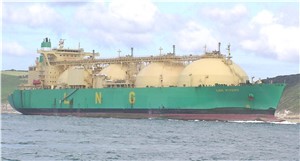 Small Scale LNG is used to supply small or isolated demand centers not connected to pipeline infrastructure, small scale LNG infrastructure is now increasingly deployed to cater to the growing demand for LNG as a transport fuel.

Small scale liquefaction and regasification infrastructure are ideally placed to assist with the development of stranded assets, the supply of remote residential and commercial demand centers but also the provision of LNG as a fuel.

Small-scale LNG import terminals are the most economic option for such nations which have just started adopting LNG as a fuel in their respective industries. Several small nations are importing or planning to import LNG in small quantities specifically to cater to the feeling requirements of the power generation industry.

The Visiongain report analyst commented "The Latin American region for small-scale LNG is likely to see large developments over the coming decade as many of the countries in the region begin to grow their oil and gas industry. LNG will be slower to take off as it will take time for them to build their fleet. LNG is becoming a more important fuel due to its lower emissions than classic oil and the world will need as much as it can get. Latin America will be an important supplier of LNG for years to come."

Tell a friend:
The LATAM Small Scale LNG Market Will See a Capital Expenditure (capex) of $1,002mn in 2019