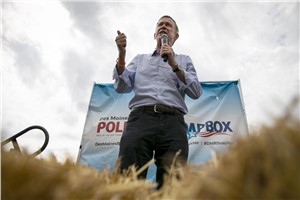 When then-Colorado Congressman Cory Gardner challenged incumbent Senator Mark Udall in 2014, politically-active oil and gas interests in the state had little problem with supporting the challenger's candidacy. Gardner had been a supporter of the oil and gas industry throughout his two congressional terms and, prior to that, during his six years as a state representative in the Colorado legislature.

Udall, on the other hand, had gone out of his way to establish his environmentalist bona fides, supporting the Obama Administration's command-and-control regulatory agenda and efforts by anti-development groups to ban mineral exploration on federal and state-owned lands. In these ways and others, Udall spent a lot of time and energy burnishing his image as an opponent of the oil and gas business in general, and Colorado producers specifically.

Thus, the 2014 senate race presented those in the energy business with an easy choice between a strong advocate and an avid opponent. To no one's surprise, most support from the industry, monetary and otherwise, flowed in Gardner's direction.

Producers in the state will face a much more difficult decision in 2020, thanks to the decision by former Colorado Governor John Hickenlooper, a Democrat, to challenge Gardner for his seat. That is not to imply that Gardner has done anything to diminish his standing as a supporter of a strong oil and gas industry in his home state - he certainly hasn't. It is to imply that Hickenlooper, despite his failure to attract any real support as a presidential candidate, remains a very popular figure back at home, one who also happened to be a strong advocate for an "all-of-the-above" approach to Colorado's energy sector during his two terms as Governor from 2011 through 2018.

Participation in supporting political campaigns often devolves into a game of hedging one's bets. It is always perilous to oppose an incumbent, but Udall's growing personal unpopularity with Colorado voters in 2014 made doing that worth taking the risk, and it paid off when Gardner won.

Now, Gardner is the incumbent, but he represents a state whose politics have evolved dramatically over the last six years, especially when it comes to the oil and gas industry. The election of longtime industry opponent Jared Polis to succeed Hickenlooper, along with Democratic majorities in both houses of the Colorado legislature sent a clear signal that the Democrats hold the advantage now in the Golden State. That new political equation resulted earlier this year in the passage of Senate Bill 19-181, an anti-oil and gas law that aims to restrict future oil and gas production in the state.

The only poll of the Hickenlooper/Gardner matchup, taken in mid-August by Emerson College, reflects this new electoral math, with the former Governor holding a 53-40 edge over Gardner. If accurate, that's a big hill to climb, even for an incumbent.

The industry's decision-making in this race is complicated by the reality that Hickenlooper worked hard to avoid being seen as an anti-oil and gas Governor, and he avoided taking sides in the many local ordinance ballot initiatives that took place in various Colorado communities during his time in office.

Thus, the 2020 Colorado race sets up entirely differently than the clear-cut choice of 2014. In 2020, politically-engaged oil and gas producers and employee PACs will have to choose between a supportive incumbent Republican who looks to be a decided underdog, and a Democratic challenger who is neither friend nor foe but who seems to have the upper-hand given the state's current political math.

Many producers will no doubt view this race as a good one to stay out of, but they will face a great deal of pressure from both campaigns to jump in. Deciding which way to jump won't be easy.