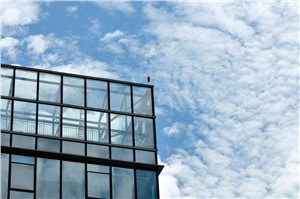 Berkeley made history in July 2019, becoming the first US city to ban natural gas from new buildings starting in 2020. Menlo Park, California, is now following in its footsteps. The Menlo Park city council decided to ban natural gas in all new commercial, industrial, and high rise apartment buildings within the same timeline (starting in January 2020). The decision is expected to be officially adopted on September 10. Many other cities in the state are considering a similar ban.

For years, natural gas has been considered a cleaner alternative to coal. However, as renewable generation capacity grows around the world, natural gas is no longer the most appealing option in many regions, from an environmental standpoint. Vancouver, British Columbia, banned natural gas in new construction in 2017. Amsterdam has plans to phase out natural gas by 2050, all with the backdrop of generation from renewable energy sources in mind.

Costs and Benefits for Occupants

One of the main concerns around building electrification and removal of natural gas supply is increasing cost for building occupants associated with higher prices of electricity versus natural gas. Natural gas is key for affordability, especially for households that are affected by energy poverty and cannot afford to pay their energy bill. The costs of switching to electricity are especially high for building retrofits, where gas HVAC and water heating equipment must be switched to electric alternatives.

The new California bans apply only to new construction, where concerns about costs are somewhat abated in comparison to removing gas from existing buildings. According to a recent study, all-electric neighborhoods can save developers and occupants money by eliminating the cost of gas mains, services, and meters. Electric-only new construction buildings are also more cost-effective for the occupant than natural gas alternatives when heat pumps are installed.

Questions of affordability must be front and center during implementation. The effect on occupants can be low if new construction uses highly energy efficient HVAC and water heating technology to save occupants money on energy costs. However, developers are not the ones benefiting from a reduction in the energy bill. As a result, they are inclined to install the cheapest equipment possible that meets minimal energy efficiency requirements. Implementation plans must create frameworks to reduce this split incentive problem and spread the cost of electrification among different stakeholders.