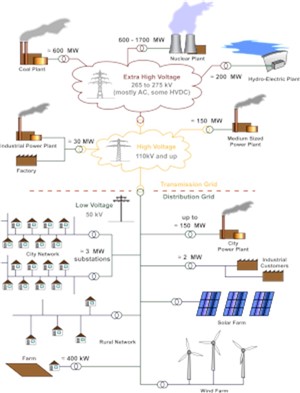 Distributed generation is one of the most advanced concepts in the power generation. Distributed energy generation takes consumers off-grid meaning that they can supply their own power needs without having to rely on a more centralised power distribution system. The technologies act as a promising source of electricity during emergencies, bad weather conditions and power outages.

The distributed energy generation market is mainly driven by factors including rising demand for efficient energy usage, growing adoption of renewable energy and need for efficient infrastructure. Rapid growth of global population, particularly in the Asia pacific region has placed increasing strain upon existing grids resulting in the need for more consumers, both residential and industrial to produce their own energy.

The deployment of distributed energy generation technology will not only reduce the burden on existing utilities but will also help reduce greenhouse gases through the adoption of renewable resources. The technology can be considered as a building block towards the development of smart energy system with its compact design and high reliability during emergency conditions.

The report analyst commented "The distributed energy generation market is highly likely to see high growth rates over the forecasted period. This will be driven by expansion of networks in remote regions and for residential consumers looking to go off-grid and produce their own energy. Favourable governmental policies towards distributed energy generation have been ongoing and allowed more people to install generation typically through solar PV on their own houses and supply their own energy needs."

Tell a friend:
The Distributed Energy Generation Market Will See a Capital Expenditure (Capex) of $246Bn in 2019