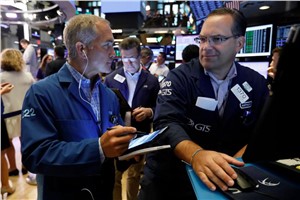 The intense and widespread heat that we have been seeing is now expected to subside.

Forecasts over the next two weeks have trended considerably cooler.

"EIA: Summer natural gas prices on track to be the lowest since 1998."

RSI has been around 40, indicating little about market momentum and no real suggestion of an upward correction in the near-term.

In any event, natural gas is surely an undervalued commodity

Production has been stuck at 86-88 Bcf/d for many months, with such low prices discouraging more output.

Gas-directed rigs stood at 174 on Friday and have been at their lowest levels since November 2017.

Gas for power, which accounts for nearly 50% of all gas use this time of year, hit a record during the past week at nearly 45 Bcf/d.

Gas supplied over half of U.S. electricity in June, more so indicating overly low gas prices and how much coal has been retired than how hot it was.

Increasingly, gas for power will be setting records in summer as more coal and nuclear get removed from the system

Also of note is that LNG feedgas demand has been hitting all time records of up over 6.5 Bcf/d.

Hurricanes like Barry are much more impactful for oil and gasoline markets than natural gas.

We now get just 3-4% of our gas from the Gulf, compared to nearly a quarter prior to the shale revolution that took flight in 2008.

The U.S. gas storage situation has drastically improved: this summer has been 12% cooler than last.

On Thursday, a 62 Bcf injection was reported, marking the first bullish report from the agency during this injection season that started at the end of March.

The five-year average for the week was 63 Bcf.

It was the smallest injection reported since April 5, but had no price impact.

In the coming weeks, injections are expected at 34 Bcf and 51 Bcf, mixed from their five-year averages of 44 Bcf and 37 Bcf.