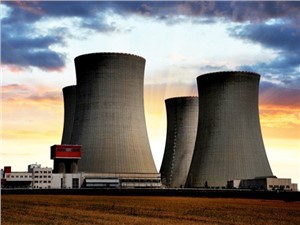 National Party luminaries such as Barnaby Joyce and NSW deputy premier John Barilaro must be tickled pink. The electorates of these outspoken pro-nuclear advocates have been identified by the local nuclear lobby as some of the most prospective locations for their call to build 20 nukes in Australia’s main grid.

Other towns and regions identified include the Latrobe Valley, the Gippsland region of Victoria, Albury, Whyalla and Port Augusta in South Australia, the mid-north coast of NSW, and a whole bunch of sites in south-east Queensland.

The Australian Nuclear Association last week gave a presentation to the Australian Institute of Energy in Victoria, in which ANA vice president Robert Parker outlined his hopes for the country to adopt nuclear and for the renewable energy industry to be stopped, quite literally, in its tracks.

Parker included this map of Victoria and his idea that nukes should be located in and around the Latrobe Valley that currently hosts the main brown coal generators, and also Portland on the west coast, south and west Gippsland, and in northern Victoria at the Eildon and Dartmouth reservoirs, and near Albury-Wodonga.

The organisation’s website includes this map and others that outline preferred sites for nuclear plants in NSW, Queensland and South Australia. (See below.)

It comes as the Coalition faces intense pressure from its own MPs and Senators, and One Nation, and, of course, the conservative media, to allow nuclear to be built in Australia.

Most of the MPs behind this push – like Joyce, Barilaro, Keith Pitt and Mark Latham – either reject climate science outright, mock any moves to address it, and/or at the same time are pushing for the construction of new coal-fired generators.

That shouldn’t surprise anyone.

At an industry level, the push for nuclear also comes from the main coal lobby, the Minerals Council of Australia, whose former CEO and deputy CEO are key advisors in prime minister’s Scott Morrison’s office, and who, of course, also want the government to underwrite new coal-fired generators, and are ensuring the current government has no long-term policy or plan for renewables.

The reason for this symbiotic relationship is that the coal and nuclear industries share a common enemy – wind and solar and distributed renewables plus storage that undermine the traditional energy system of centralised power generation and “base-load” power.

So, the nuclear lobby had dusted off its plans and ramped up its campaign to demonise the competition. Seminars are being held, reports are being released, and the trolls have been let loose on social media.

Parker’s presentation is interesting only because it gives warning to residents of where the nuclear proponents think they could build a nuclear power plant.

Of course, how and why Australia would build the 20 gigawatts of nuclear plants he suggests – and in the time-frames offered and at a cheap enough price – is not addressed by Parker, who often refers to renewables as “pixie dust”.