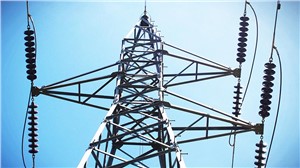 The reason was not, as might have been expected, higher demand. That ended up being about the same as the year before. The high prices were caused by 15 hours of hot weather and under supply, and this added about $60 MWh to the average price for the entire quarter.

It’s hard to forecast those days, but the market appears to be saying we will have another day similar to Jan 24, 2019 in the March 2020 quarter. At ITK, we think there is only about a 0.5% chance of that based on the past five years’ data. But we certainly could be wrong.

Since the last summer there has been some increase in renewable supply, with more expected by January 1, but also more thermal breakdowns, and demand has remained flat. In addition, we expect the 210MW  Barker Inlet fast-start gas generator to be in operation in  South Australia.

In essence, prices will once again be determined, in our view, by weather, and by whether Loy Yang A’s number 2 unit runs properly and whether the other 9 brown coal units perform.

Six of the 10 brown coal units in Victoria depend on one coal mine, but we assume enough coal is stockpiled to cover a coal dredger or other coal mining issue. Finally, performance of Bass Link and hydro generation generally will also matter.

Should everything go well the futures price could be an overestimate of the actual price. Lots of money is being spent on the brown coal generators in Victoria by both AGL and EnergyAustralia and perhaps that capital spending will soon show up in increased reliability.

ITK’s forecast for Victoria in the March 2020 quarter flat load is $98/MWh.

We suspect our forecast is more likely to be an under estimate than an over estimate, but it’s our best effort.

Since it’s only July we will further revise our estimate at the end of September and at the end of December, or indeed if some other special event warrants it. We also think with all the fuss about the Mortlake outage that the market may be overlooking the Barker Inlet energization.

However, the  price data really divides between the the three years Hazelwood was operating and the two years it has not. So really it’s only the most recent two March quarters that reflect current supply tightness.

From that point of view the market is adding about $40-$50 MWh to the March quarter futures price based on a 0.5% chance of demand being over 8500MW and with a simultaneous generator outage.

So, this has been a great trade if you were on the long side, or a problem if you have lower priced hedges, as did say EnergyAustralia and probably most other generators.

Equally, if you have written supply contracts a year ago at $80/MWh and then find – like AGL or Origin or EA – that perhaps one of your units has broken down and you can’t supply and you have to buy the energy from someone else in the market, then that could be a real problem.

In practice though portfolios and strategies and outcomes are likely to be much more complex.  For instance, consider Origin: It doesn’t have any baseload generation in Victoria or really South Australia, just a few gas peakers and wind farm power purchase agreements.  But it has over 20% and probably closer to 25% of the volume sold in Victoria and the small South Australian market.

So, of course, it’s a net buyer of flat swap hedges.

Then it covers its peaking load via Mortlake and contracts with the likes of Snowy and perhaps even Southern Hydro or Hydro Tasmania and with even more expensive gas peakers.  And some volume can be shifted from its Eraring Station in NSW although interstate pricing separation makes this an imperfect hedge. We suspect though that it buys some energy from the pool unhedged.

Did futures predict last year’s price?
In July 2018 the March 2019 Victorian baseload contract was trading at around $100/MWh and close at the end of March at $167 MWh. Of course the average pool price for the quarter was $166 MWh

So the first point I take from this is that the forecast for the March 2020 quarter as provided by the futures price represents the best unbiased guess of market participants, but that doesn’t mean its going to be an accurate forecast of the price we will actually see.

Why can’t participants forecast the price?
There are about 4320 half hourly intervals in a quarter, 90 days x 48 half hour intervals.

In 2019, 44% of the quarter’s gross pool revenue came from just 28 of those half hours and 25% of the quarter revenue was earned in 5 hours on 24 January when price was essentially at VOLL (value of lost load).

The following figures show the contribution of each half hour’s pool revenue (price * volume/2) as a percentage of the total $2.3 bn  Victorian pool revenue from the March 2019 quarter.

To put it another way, excluding the top 26 prices,  the average for the other 4294 half hours in the  March quarter would have been around $114 MWh and in fact the market consensus would have been pretty close to accurate.

Supply in Victoria on January 24, 2019
For many participants, the events of Jan 24, 2019, is old news but for the record, and because I don’t remember all that well ,here’s a review.

Demand was high about 80% higher than average for the quarter and about 1500 MW higher than peak demand on other days in the same week. I’ve taken the graph directly from NEM Review. The 24th was as Thursday.

In fact, it’s interesting to use AEMO’s own analysis. The following table shows forecast and actual maximum temperature and demand. In the end, unsurprisingly, neither weather or demand forecasting is that reliable, at this stage, on extreme days. We have got a lot better at weather forecasting but there is a long way to go.

In particular on the Thursday temperature was underestimated by 3.8 C and max demand by 1459 MW. That’s a lot of MW in Victoria.

Then of course there were the coal outages.
In the figure below Solar (315 MW of max capacity in Victoria in January 2019) is included in other.  Wind managed a max of 679 MW on the day in line with forecast but about 1/3 of capacity. As Paul McCardle of Global Roam recently observed, wind speed has tended to be low in the evening peak of very hot days.

Also of note was that AEMO overestimated the expected contribution of behind the meter. For whatever reason it underachieved on the hot day. Utility solar and wind behaved as forecast for the conditions.

Interconnectors. Snowy chews up supply from NSW
Essentially, when the Murray Power station runs at full capacity (and it’s connected to the grid in North Victoria) NSW-Vic remaining transmission capacity is 200 MW and Bass link was down 100 MW from its max. It is interesting that Murray link chews up so much capacity, not something I was specifically aware of.

The quarter averages don’t necessarily reflect the extreme days
The obvious issue with Victoria is the exports and imports to and from South Australia and Tasmania and to a lesser extent from NSW. However a good starting point is to look at generation in Victoria during the march quarter 2019 and particularly the contribution of the various questionable plants, LYA, Mortlake and Yallourn.

Over the quarter  ended March 2019 Victoria remained a net exporter of about 300 MW on average. Obviously coal made up the vast bulk of production but wind actually exceeded both gas and hydro by a marginal amount.

Essentially each of the LYA and LYB units is 10% of demand and a Yallourn unit is 5%. By contrast although the average output of Mortlake is 70-80 MW  it was 130 MW at 6 PM for Mortlake  unit 2.

Since the March quarter there has been some growth in renewables penetration  but not enough to replace the outage at LYA and also a decline in hydro output.

The table also shows that gas had picked up load compared to the PCP to try and help with the LYA outage.

New supply energized by Jan 1, 2020
We estimate that there is roughly, excluding  a couple of hundred MW behind the meter, about 1000 MW of likely new renewable supply on line by Jan 1, 2020 plus 210 MW of Barker Inlet.

However, the precise timing is of course up in the air. Moorabool is undoubtedly the most important of the projects yet to start energization.