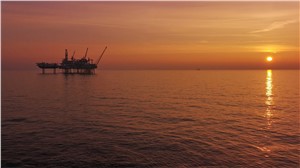 Equinor ASA has agreed with Lundin Petroleum AB to divest a 16 percent shareholding in Lundin Petroleum for a direct interest of 2.6 percent in the Johan Sverdrup field and a cash consideration of around USD 650 million.

“Since 2016 we have more than doubled the value of our investment in Lundin. This transaction gives us the opportunity to capitalize on this value creation, and at the same time increase our direct ownership in the Johan Sverdrup field,” says Eldar Sætre, President and CEO of Equinor.

“Johan Sverdrup is truly a world class field. We are on track to start production in November this year, and an increased direct ownership share gives us the opportunity to create even more value for our shareholders,” says Sætre.

Following completion of the transactions, Equinor will have a 42.6 percent ownership share in the Johan Sverdrup field and own a 4.9 percent shareholding in Lundin Petroleum.

The agreement includes a contingent payment of up to USD 52 million payable to Lundin in 2025 if Johan Sverdrup proves to be at the upper end or above the indicated resource range of 2.2 – 3.2 bn boe. In agreement with Lundin, the transaction is being executed through a total return swap agreement, where the Lundin shares will be acquired by Sparebank1 Markets and subsequently redeemed.

Tell a friend:
Equinor Capitalizes Shares in Lundin Petroleum for Increased Direct Ownership in Johan Sverdrup and a Cash Consideration