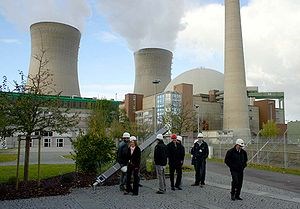 X-energy has signed a Memorandum of Understanding (MOU) with Nuclear Fuel Industries, Ltd. (NFI) of Japan that establishes a partnership on the supply of tristructural isotropic (TRISO) nuclear fuel fabrication equipment. The equipment will be installed in X-energy's planned TRISO-X Commercial Fuel Fabrication Facility.

Under the MOU, X-energy and NFI will begin planning the transfer of commercial-scale equipment from NFI's Tokai Works facility to X-energy's Oak Ridge TRISO fuel fabrication facility. The study is scheduled to begin this year and include the discussion of fuel kernel production, TRISO fuel compacts production and uranium recovery equipment – which have actually been used for the production of fuel in prismatic high temperature gas-cooled reactors in Japan.

"Our MOU with NFI is another significant stride forward to establish our TRISO-X fuel business as the world leader in TRISO fuel fabrication for both commercial and government applications. Advanced reactors are the bridge to our energy future and our TRISO-X Facility will be a key enabler for deployment of the advanced reactor industry," said X-energy's Vice President of Fuel Production Dr. Pete Pappano.