Proposal to Use Hydrogen to Decarbonise Homes in Northern England 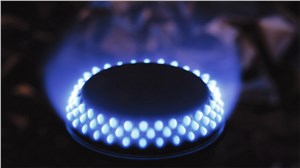 The work has been led by Northern Gas Networks in partnership with Cadent and Equinor. The report has been presented to the UK authorities as a feasibility study to show it is technically viable to use natural gas converted to hydrogen to decarbonise the heating sector in the future.

The report says that clean hydrogen can be produced from natural gas using existing technology, at a self-powered 12-gigawatt production facility with carbon capture technology. This would generate enough low carbon energy to heat 3,7 million homes and 40.000 business and industries in the north of England.

The solution suggests that the captured by-product of the process, CO2, can be stored safely in saline aquifers far below the seabed, such as those off the north east coast of England.

“Hydrogen could have a central role in the decarbonisation of the heating sector. As a major gas supplier to the UK for many decades and a global leader in CCS, the H21 NoE report recommendations fit well with our strategy of being a broad energy company dedicated to developing sustainable solutions for the low carbon future,” says executive vice president Pål Eitrheim in New Energy Solutions in Equinor.

Long experience with CO2-storage
Equinor has long experience in carbon capture and storage (CCS). In addition, Equinor could have a role in supplying the hydrogen, which includes hydrogen production from natural gas. The company has been supplying natural gas to the UK for 40 years, today meeting over 25% of UK demand.

“This work illustrates how natural gas and the gas infrastructure can be part of the solution also in a low carbon future, where natural gas becomes a destination fuel with zero emissions,“ says Eitrheim.

The report outlines that a new high-pressure transmission system designed with extra capacity to enable future supply for industry, power and transport, will be required to transport hydrogen to the local city grids. The hydrogen can also be safely stored until required, ensuring there is more than enough to meet demand during the coldest times of year.

Bigger potential
The UK has committed to reducing its carbon emissions by 80% of 1990 levels by 2050. Currently, over 30% of emissions come from domestic heating and cooking.

The report proposes this could be done through a phased rollout which could see a further 12 million homes across the rest of the UK converted to hydrogen by 2050. The H21 North of England report finds that converting the UK’s entire gas grid to hydrogen has the ability to provide “deep decarbonisation” of heat, as well as transport and power generation, with minimal disruption to customers.

This has the combined potential to reduce carbon emissions by over 250 million tonnes a year by 2050.

Future progress will to a large extent depend on the policy and regulatory framework which will be instrumental to finance a switch to hydrogen.

Tell a friend:
Proposal to Use Hydrogen to Decarbonise Homes in Northern England