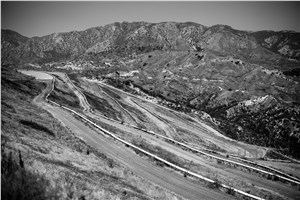 Fortistar, LLC, a sustainability-focused private company helping to facilitate the transition to a zero-carbon economy, announced today that they will be entering construction shortly on a portfolio of new landfill RNG projects for transportation fuel projects. Company executives will be attending the 2018 WasteExpo in Las Vegas, Nevada on April 23-26, 2018 to discuss potential new projects with landfill owners, operators and project developers.

Renewable Natural Gas (RNG or Biomethane) is American-made from sustainable sources such as landfill gas and digester methane emissions. RNG is carbon-neutral and chemically identical to geothermal natural gas, allowing it to be to be used as a transportation fuel in natural gas vehicles and trucks. Landfills are the major source of RNG.

The growth in natural gas fueling infrastructure spurred on by companies such as TruStar Energy, an affiliate of Fortistar, has dramatically improved the prospects for the development of a commercially viable RNG industry with distribution into the existing transportation fueling system.

“RNG offers a tremendous opportunity to sustainably expand America’s transportation fuel supply,” said Mark Comora, President of Fortistar. “Our firm has operated in dozens of landfill gas to energy projects; TruStar Energy has constructed over 100 natural gas fueling stations. Fortistar is poised to close the loop in a coordinated manner and produce, distribute and supply RNG across the country. We are looking forward to speaking with industry and municipal representatives during the 2018 WasteExpo about developing our next portfolio of projects.”

Celebrating 25 years as a private company, and twenty years beyond that as an investment affiliate of a major international company, Fortistar has built, invested in and managed portfolios of successful independent power and sustainable/clean energy generation projects in the United States and in Canada. Fortistar’s ability to forge strong relationships with investors, customers and local communities has been a hallmark of its demonstrated success.