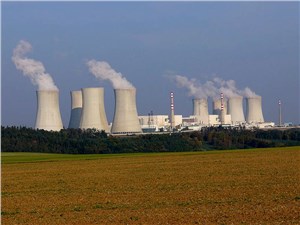 In 2017, Vattenfall’s nuclear power plants at Forsmark and Ringhals accounted for a third of Swedish electricity production. With an output of 52 billion kWh from these two power plants, 2017 was the third best year since the first reactor began operations 42 years ago.

“Ever since the first reactor at Ringhals was taken into operation in 1976, Vattenfall’s nuclear power plants have produced 1,638 TWh.That corresponds to the total electricity demand for Sweden for a period of twelve years  and with a very low climate impact,” says Torbjörn Wahlborg, Senior Vice President and Head of Business Area Generation.

The four reactors at Ringhals and the three at Forsmark achieved a new record year in terms of production in 2017. They together produced a total of 52 TWh, which corresponds to 37 per cent of the Swedish electricity demand for 2017 (140.7 TWh).

“In 2017, we decided to invest in independent core cooling at Ringhals 3 and 4, and a corresponding decision was taken in 2016 for the three reactors at Forsmark. These decisions mean that our nuclear fleet can continue to produce electricity for many years to come. As a result, nuclear power, together with hydro and wind power, will be vital for reaching Vattenfall’s goal to be fully fossil-free within one generation.”