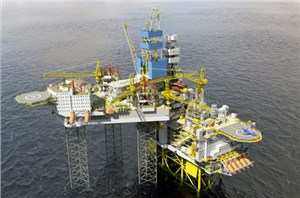 Up to five wells will be drilled before the Mariner A platform hook up and commissioning activity starts next summer.  First oil is expected to be produced from Mariner in 2018.

Hedda Felin, managing director, Statoil Production UK said, “This is an exciting period for us as a UKCS operator as we transition from the planning phase to active offshore operations.”

“Predrilling enables production to reach plateau levels more quickly after the start of operations on Mariner A. It will also be an important learning period for us in terms of understanding the reservoir and identifying potential efficiencies for future wells, with safety and the protection of the environment being our fundamental priorities.”

Statoil has worked closely with major contractors Noble Drilling and Schlumberger to ensure safe and cost-effective operations. The rig contract was awarded to Noble Drilling in 2013, followed by the contract award for integrated drilling and completion services to Schlumberger in 2014. The pre-drilling campaign will support around 500 jobs in the UKCS.

The Mariner topside modules are currently under construction at Daewoo Shipbuilding & Marine Engineering Co., Ltd. (DSME) in South Korea and sailaway is expected in the first half of 2017.

Mariner is one of the largest projects currently under development in the UKCS. Contracts worth over £1billion have been awarded to date to the UK supply chain by the project.

The Mariner field is located on the East Shetland Platform of the UK North Sea, approximately 95 miles or 150 kilometres east of the Shetland Isles. The heavy oil field has reserves estimated at more than 250 million barrels of oil with an average plateau production of around 55,000 barrels per day.