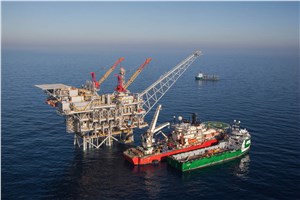 BP today announced that it has agreed to buy from Eni a 10% interest in the Shorouk concession offshore Egypt, which contains the super-giant Zohr gas field, for $375 million.

On closing, BP will also reimburse Eni for BP’s share of past expenditure.

As part of the agreement, BP also has an option before the end of 2017 to buy a further 5% interest in the concession under the same terms.

Bob Dudley, BP group chief executive, said: “This interest in a truly world-scale asset will complement our existing Egyptian business. We already have a strong partnership with Eni in Egypt and look forward to working closely with them to efficiently bring these important resources to the Egyptian market.

“BP has now been in Egypt for over 50 years and we continue to see opportunities to further develop our extensive activities here. Beyond Zohr, the first phase of our major West Nile Delta project is on schedule to begin production next year and the fast-tracked development of the Atoll gas field is expected to come on stream in 2018.”

The Zohr field was discovered by Eni in August 2015; six wells have so far been successfully drilled on the field. The field is located in the Mediterranean Sea, approximately 190 kilometres north of Port Said in waters approximately 1,500m deep. Thought to be the largest gas discovery made in the Mediterranean, Eni has estimated total gas resources in place in Zohr to be approximately 30 trillion cubic feet of gas. The first phase of development of Zohr is now being fast-tracked, with first gas currently expected in late 2017.

Eni is the operator and currently has a 100% interest in the Shorouk concession. The purchase, which is subject to receiving approvals from the relevant Egyptian Government authorities, is currently expected to complete in the second quarter of 2017.