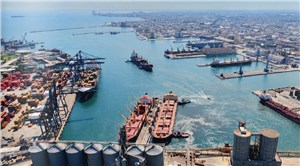 TransCanada Corporation, Sierra Oil & Gas and Grupo today announced they are proposing to jointly develop storage and transportation infrastructure to serve the growing demand for refined products such as gasoline, diesel and jet fuel in the central region of Mexico and surrounding markets.

The proposed US$800 million project would be the largest single investment in refined products since the establishment of the Mexico energy reform. It involves transporting refined products into central Mexico from the Gulf Coast, providing energy security, jobs and economic growth in the country. TransCanada will hold a 50 per cent interest in the project, with Sierra Oil & Gas holding 40 per cent and Grupo TMM holding 10 per cent.

a marine terminal near Tuxpan, Veracruz for offloading and distribution of refined products

The marine terminal, with a draft of 42 feet (14 metres), will include four docking positions. The terminal will be pipeline-connected to key distribution centres in the region and will offer racks for truck loading and barge access to service the demand of other ports in the Gulf Coast. The number and size of the vessels that will be serviced simultaneously gives our project significant advantages over other projects in the region in terms of flexibility, speed and efficiency.

The approximately 100,000 barrels per day refined products pipeline will parallel TransCanada's recently awarded Tuxpan-Tula natural gas pipeline project and expand the company's growing pipeline footprint in Mexico. The inland distribution hub in central Mexico will provide excellent connectivity to the majority of the Mexico Valley market with access to major highways and distribution centres in the country.

The Tuxpan-central Mexico corridor is the ideal route to efficiently supply refined products in the region making this project a significant contribution to the existing refined products distribution chain in Mexico. The planned in-service date will be based on discussions with contract shippers.

The project brings together leaders in their own fields, and with its attributes, positions our project as the premier choice for fuel importers.