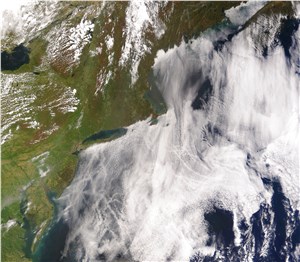 Eni has made new and important progress in its commitment to combatting climate change, creating an original model of integration between its traditional business and energy from renewable sources.

New renewable energy generation projects will be implemented in the vicinity of Eni’s plants and areas of operation, in order to make the most of all possible industrial, logistic, contractual and commercial synergies with the company's traditional activities. They will also enable abandoned industrial areas to be revived and enhanced.

It is a new model of virtuous reuse of abandoned industrial areas, reclaimed or not used, which are re-launched through the implementation of energy generation plants with zero emissions.

This initiative is central to Eni's strategy of energy transition towards a low-carbon future, based not only on the promotion of renewable energy, but on the reduction of CO2 emissions occurring from the production of hydrocarbons and on maximizing the utilization of gas, the cleanest fossil fuel, as the prime source of electricity generation.

In Italy, Eni intends to team up with Syndial, which operates in the reclamation sector and owns over 4,000 hectares of land in the country, enhancing reclaimed industrial areas, not unusable areas or of little economic interest. This project, called Progetto Italia, involves the revival of sites through large-scale initiatives and investment in projects for the production of zero-emission energy

As part of Progetto Italia, Eni has identified preliminarily 400 hectares of land in six regions (Liguria, Sardinia, Sicily, Calabria, Puglia and Basilicata). The plan includes two phases: the first relates to the development of five projects, located in Assemini, Porto Torres, Manfredonia, Priolo and Augusta, with a total installed power of around 70 megawatts; the second phase is based on the development of other projects to obtain a further installed power of about 150 megawatts.

Most of the initiatives will be photovoltaic, but there will also be room for other technologies such as biomass and concentrated solar power. Overall, Progetto Italia will involve the installation, by 2022, of over 220 megawatts of new capacity for an investment between  200 and 250 million euro. From the point of view of the environment, Progetto Italia will reduce CO2 emissions by about 180,000 tons per year.

This business model – one that Eni has already experimented with in the former ISAF area of Gela, where in 2013 it installed 5 megawatts of solar power capacity - is also particularly effective from the point of view of management: by exploiting the flexibility of the EniPower gas-fired power plants, Eni will be able to optimize its power supply, overcoming the limits caused by the fluctuating supply of renewable energy sources, putting into effect the binomial in Italy made between gas and renewable energy, and setting the stage for its expansion abroad.

In Pakistan, Eni intends to develop a 50 megawatt solar plant near the Kadanwari gas field. The energy produced will be sold through the Pakistani national grid. The company expects to open the plant by the end of 2017.

In Egypt, Eni aims to build a solar plant near the Belaiym field, with an installed capacity of up to 150 megawatts. The energy produced will be used both in the field and through the national grid. Once again, the goal is to be operated by the end of 2017.

Eni recognizes the importance of limiting the increase in global temperature to less than 2 degrees Celsius, and, with these new projects, Eni establishes itself as a major contributor to the fostering and promoting the energy transition towards a low-carbon future.

Tell a friend:
Eni Announces a New and Original Model of Integration Between its Traditional Business and Energy from Renewable Sources