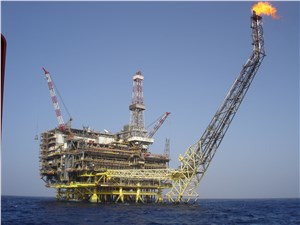 Eni has been awarded a new exploration licence, the Cape Three Points Block 4, located in the prolific Tano basin, offshore Ghana. This acquisition will further strengthen the company’s position in the Ghanaian offshore.

The Cape Three Points Block 4 licence was awarded, following the ratification by the Parliament of the Republic of Ghana, to a joint venture which involves Eni Ghana (with 42.4691% stake) as operator, Vitol Upstream Tano (with 33.9753% stake), Ghana National Petroleum Corporation (GNPC with 10% stake), Woodfields Upstream Ghana (9.5556% stake) and GNPC Exploration and Production Company (Explorco, 4% stake).

The new block covers an area of 1,127 square kilometers in water depths ranging from 100 to 1,200 meters and partially surrounds the OCTP block also operated by Eni. In the event of a successful exploration outcome, the block will benefit from the OCTP project infrastructures, currently under development.

Eni operates the OCTP project, which involves the integration and synergic development of the various oil and gas discoveries (Sankofa Main, Sankofa East and Gye-Nyame). The project envisages the development of subsea wells tied-back to a FPSO which will be connected to shore via a gas transport line. The OCTP oil production start-up is expected in 2017 while the gas production, which will supply the domestic market for power generation, is expected in 2018.

Eni has been present in Ghana since 2009 where it operates through the subsidiary Eni Ghana. In the Country, the company has also undertaken important social programmes including the Health Project in the Western Region for the benefit of a population of over 300,000 people.