Eni Succeeds With the First Production Test of Zohr Field 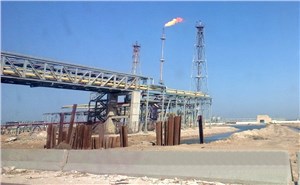 During the test, 120 m of the reservoir were opened to production. The well, constrained by surface facilities, delivered up to 44 million standard cubic feet of gas per day (MMscfd). The comprehensive set of data collected and analyzed have proved that the well has a great production capacity, which is estimated in a deliverability of up to 250 MMScfd in production configuration (about 46 thousand barrel of oil equivalent per day).

The programme envisages for 2016 the drill of further three wells. Besides, the onshore gas treatment plant construction works have already started and the bids for the offshore activities launched and nearly completed.

Eni, through IEOC, holds 100% stake of Shorouk license. Operations are being conducted by Petrobel, which is a joint venture between IEOC and the State partner Egyptian General Petroleum Corporation (EGPC).

Eni has been present in Egypt since 1954 where it operates through IEOC Production BV. The equity production in the country was in 2015 about 200 thousand barrels of oil equivalent per day.

Tell a friend:
Eni Succeeds With the First Production Test of Zohr Field