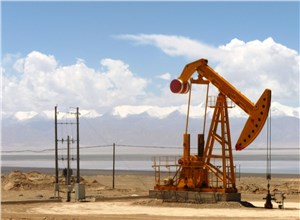 Eni signed today with the Egyptian Government three amendments for the IEOC concessions of "Sinai 12 and Abu Madi", "North Port Said" and "Baltim", which is in partnership with BP, and signed one new Concession Agreement, "Ashrafi", in partnership with ENGIE.

The agreements will lead to investment for more than $2 billion for the realization of projects to be implemented in the next 4 years and will contribute effectively to the increasing energy needs of Egyptian local demand. Furthermore, they represent the positive conclusion of a first set of agreements that were defined in the Heads of Agreement (HoA) signed during the Egypt Economic Development Conference in Sharm El Sheikh last March. Other three agreements included in the HoA have been already finalized whereas the approval process is expected to be completed before the year-end. Some of the activities envisaged are currently in the execution phase and one additional well in Baltim Concession is already in production.

Eni has been present in Egypt since 1954, where it operates through its subsidiary IEOC. The company is the leading producer in the country with an equity production of approximately 180 thousand barrels of oil equivalent per day.