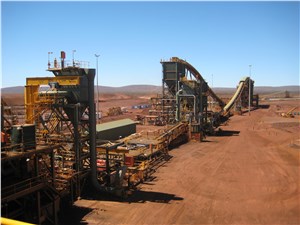 The expansion is producing about 20,000 barrels per day and volumes are expected to increase during the year to peak daily production of 40,000 barrels. Nabiye will access 280 million barrels of recoverable resources during its expected 30-year lifespan.

“ExxonMobil has the project management experience, engineering expertise and effective contractor interface to deliver superior cost and schedule performance along with safe, reliable facilities that will operate for decades,” said Neil W. Duffin, president of ExxonMobil Development Company. “Nabiye will contribute important new production to ExxonMobil as we continue to bring new projects on line.”

ExxonMobil expects to increase production volumes this year by 2 percent to 4.1 million oil-equivalent barrels per day, driven by 7 percent liquids growth. The volume increase is supported by the ramp up of several projects completed in 2014 and the expected startup of seven new major developments in 2015, including Hadrian South in the Gulf of Mexico, expansion of the Kearl project in Canada, Banyu Urip in Indonesia and deepwater expansion projects at Erha in Nigeria and Kizomba in Angola.

The expansion was sanctioned in February 2012 and included development of a new steam generation and bitumen processing plant, field production pads and associated facilities, including a 170-megawatt electrical cogeneration plant that improves the plant’s energy efficiency. Other features designed to improve environmental performance include sulfur-recovery facilities and an advanced wellpad design that reduces the field footprint by more than 40 percent.

The Cold Lake facility is the largest and longest-running in-situ oil sands operation in Canada, and includes five steam generation and bitumen production plants. The operation produced an average of 150,000 barrels of bitumen per day in recent years.