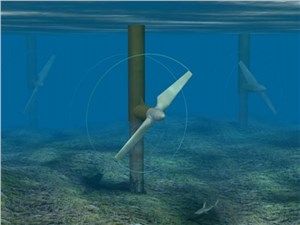 Commenting on the report, an analyst from the report's team said: “The increased adoption of power generation from renewable energy is one of the major trends of the Global Tidal Energy market. Increase in adoption of environment-friendly technology for power generation significantly increases the growth of the market for tidal energy.”

According to the report, one of the main drivers of the Global Tidal Energy market is the upsurge in global power demand. The increase in energy demand worldwide led to the elevated use of tidal energy by several governments and vendors to reduce their dependency on fossil fuels. This in turn is expected to boost the market during the forecast period.

Further, the report states that the large capital cost involved in the generation of electricity through tidal energy. The location of the power plant, for example, a location near the seabed, involves high capital cost and this increases the construction cost significantly.

The study was conducted using an objective combination of primary and secondary information including inputs from key participants in the industry. The report contains a comprehensive market and vendor landscape in addition to a SWOT analysis of the key vendors.

This report is now available on ASDReports!

Tell a friend:
The Key Players in The Global Tidal Energy Market 2014-2018