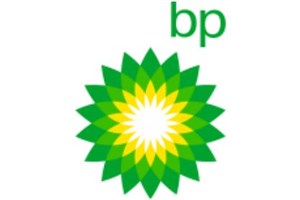 By 2016, Maersk Training, which currently is working with BP on training in Europe, plans to open a new state-of-the-art facility in Houston that will feature highly interactive simulators replicating nearly every critical job on an offshore drilling rig.

BP will use the facility to train integrated offshore drilling teams – comprised of BP employees and contractors -- in what it calls an “immersive simulation environment.” The hands-on, scenario-based approach goes well beyond traditional classroom training. It allows teams to practice events and joint procedures together as an integrated unit, rather than as individual contributors.

“These programs are a step forward in the training and development of BP’s offshore personnel and of the many contractors who support our global offshore oil and gas operations,” said Gary Jones, head of BP’s Global Wells Organization. “We hope the entire offshore industry benefits from this important collaboration.”

Like similar BP training programs already underway at a Maersk Training facility at Svendborg, Denmark, courses at the Houston facility will incorporate human and organizational factors that frequently are cited as a direct cause or contributing factor to offshore incidents.  Course instructors also will be able to assess personnel under intense virtual reality -- and to levels that exceed industry standards.

“BP is taking a holistic and integrated approach to training that will help enhance capabilities across the offshore oil and gas industry,” said Claus Bihl, Maersk Training’s global chief executive officer. “Thanks to this agreement, many more offshore workers will benefit from valuable instruction and work together to deliver safety as their highest priority, regardless of their company or individual role.”

The new Maersk Training facility will be located in north Houston and patterned after the company’s offshore simulation complex in Denmark, which opened in 2012. The Houston facility will include simulators for cyber drilling, vessel bridge, cranes and engine room, plus an emergency response room. In addition, Maersk Training will equip the facility for ship-handling operations to serve the maritime training market.