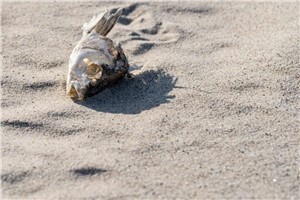 The subtitle of novelist Jonathan Franzen’s commentary in The New Yorker last week succinctly captured his assertion about climate change: “The climate apocalypse is coming. To prepare for it, we need to admit that we can’t prevent it.”

Why the pessimism? Franzen sees human behavior driven by individual self-interest as anathema to the collective action needed to keep global temperatures from rising two degrees above pre-industrial levels—net zero carbon emissions by 2050. He suggests that scientists’ sophisticated climate models—which run thousands of emissions scenarios to look at a range of possible outcomes—are trafficking in unrealistic hope if they incorporate complete decarbonization by mid-century.

By doing his “own kind of modelling” (thought experiments), Franzen identifies myriad reasons why complete decarbonization will not occur: widespread climate change denial, the inherent disconnect between costs incurred today and benefits largely received by future generations, and non-actors free-riding on the emission reductions of others. He looks back at thirty years of strong global emissions growth even after the scientific community started warning of a serious climate problem as evidence that future efforts to rein in emissions are destined to fail.

Franzen’s bleak view is not entirely without foundation—collective action is daunting even when the threat is clear to all and immediate. And reorienting the economy in 190+ countries (or even the 20 largest countries accounting for the vast majority of emissions) to zero out carbon emissions is indeed a mind-boggling challenge.

So yes, society must account for the very real possibility that the transition to a decarbonized economy will not happen fully or fast enough.  It makes sense to prepare for the possible consequences of this, investing in adaptation, and perhaps geoengineering of the atmosphere, as many before Franzen have noted.

But Franzen’s argument about the futility of emission reduction efforts hinges on his belief that a two-degree Celsius increase in global temperatures above pre-industrial levels—an eventuality he believes is guaranteed—will trigger a series of irreversible climate feedbacks, culminating in apocalypse.

Point Of No Return?

Franzen writes, “In the long run, it probably makes no difference how badly we overshoot two degrees; once the point of no return is passed, the world will become self-transforming.” In essence, he suggests society as we know it can survive at plus 1.99 degrees Celsius, but not at plus 2.01.

This binary characterization of the climate problem is curiously out of step with climate science.

Franzen cites the Intergovernmental Panel on Climate Change (IPCC)’s projections of emission reductions needed to fall within 2 degrees and deems them unrealistic. Okay. But it’s worth noting that nothing produced by that body has stated that 2 degrees is a threshold beyond which life as we know it “spirals out of control.” Indeed, the IPCC predicts a fairly steady worsening of damages as warming increases beyond two degrees. And many climate experts have heaped criticism on the threshold view—see here for evidence of that.

While there are legitimate concerns about the severity of unknown impacts that could surface at greenhouse gas concentrations well above levels seen in human history, there is no evidence that ticking past a two-degree increase will spark unquestionable climate catastrophe and thereby make pointless any efforts to dampen further temperature increases.

The novelist seems to be trying to keep us from tilting at windmills… figuratively and literally. But Franzen has substituted what he believes is one intellectual shortcoming – the idealistic notion that collective action can fully decarbonize the world by mid-century—for another: the idea of an absolute threshold of warming, below which impacts are absorbable and above which is the near certain end of society.

Catastrophe As Possible But Not Pre-ordained

Contrast Franzen’s perspective on climate change with that of the late Harvard economist, Martin Weitzman, who revolutionized thinking within the economics profession about climate risks. He argued that we should pay more attention to the potential for catastrophic outcomes, even if they are relatively low in probability.

Weitzman, who passed away two weeks ago, viewed climate change fundamentally as a problem of risk and uncertainty. First, the magnitude of future climate change is uncertain due to lack of information on what future greenhouse gas concentrations will be and what the warming response will be to any given concentration. On top of that, the global economic consequences of any given change in average global temperature are also unknown. So there is a range of possible climate change impacts: from relatively mild effects at very low levels of temperature change to horribly cataclysmic effects at high temperature change, all with varying probabilities.

The standard way to express such a range of uncertain outcomes is through a “probability distribution” in which each outcome is given a relative likelihood—think of a bell curve. Many economists and others had focused mostly on climate change outcomes with the highest probability—the middle of the distribution with, say, 2-3 degrees Celsius of warming.

Weitzman took a different tack, focusing on outcomes perceived as less likely yet potentially catastrophic for human society—the “right tail” of the distribution, with perhaps 5-10 degrees of warming. The potential that this right tail is “fat,” meaning the probability of a catastrophic outcome may be low but not trivially so, motivated Weitzman to argue for more aggressive action to mitigate climate risks than focusing on the most likely outcomes would suggest.

Like Franzen, Weitzman declined to wear rose-colored glasses when it came to climate change’s impacts. But he didn’t frame apocalypse as inevitable—guaranteed to occur at a two-degree Celsius increase or even at all.

Perhaps the most meaningful implication of these two competing perspectives is the question of what can be done to mitigate climate change.

Franzen does concede that “halfway cutting our emissions would make the immediate effects of warming somewhat less severe, and it would somewhat postpone the point of no return.” He notes that failing to act would also be unethical. And in the face of unavoidable disaster, he argues, “any movement toward a more just and civil society can now be considered a meaningful climate action.”

But Franzen is proposing hospice measures for the planet—a dignified death if you will—based on a false premise: a (nonexistent) “consensus among scientists and policy-makers” about a two-degree increase as a fatal threshold.

There is a difference between a world that is two degrees warmer, one that is five-plus degrees warmer and what lies in between. And curtailing emissions—even if not completely to zero by mid-century—can change the probabilities of where things fall and therefore have value.

To that end, we should look to another of Weitzman’s seminal contributions to the economic dialogue on climate: a price on carbon. There is legitimate debate about how high such a price should be, whether it should be in the form of a fixed tax or varying permit price, and the extent to which it should be complemented by other regulatory measures. But there is little question that a price provides an economic signal to reduce emissions and drive low-carbon innovation, results that still have value in a world with a high degree of climate uncertainty.