Can Public Ownership Of Utilities Be Part Of The Climate Solution? 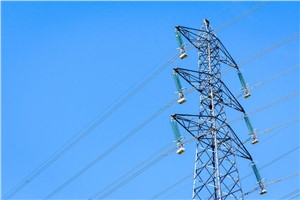 During CNN’s climate town hall, Elizabeth Warren was asked if she would advocate for the public ownership of energy utilities. Her answer: “Gosh, I’m not sure that’s what gets you to the solution,” advocating instead for stricter regulation to help the country wean itself off of fossil fuels. But neither Sen. Warren nor any other candidate should brush off making utilities public as an important tactic in the climate fight. After all, privately-owned utilities—focused on maximizing short-term profits profits and able to wield their size and power to shape the political process— have been fueling the climate problem.

Investor owned utilities make a profit by building more infrastructure—something not always conducive to a greener grid that relies more on things like rooftop solar or energy efficiency upgrades. As a shareholder-owned company, they are largely focused on securing the highest return for their investors, rather than serving the needs of their consumers. To ensure their continued reign over the electricity sector, they’ve poured millions of dollars into the political system, even using ratepayer money for political maneuvering. For instance, Virginia based Dominion Energy, one of the largest private utilities in the country, is the biggest political funder in the state. Rather than using this power to push for investments in renewables and energy efficiency, which customers are increasingly demanding, private utilities continue to fight tooth and nail for bailouts to keep existing fossil fuel resources operating past their sell-by date.

In contrast, public utilities, as community-owned non-profit institutions, don’t share the same incentives to maximize profits. Rather than answering to investors, public utilities answer to their customers—the very people that live in the communities that are affected most by the decisions made by utilities. Further, in the age of rampant dark money, it’s important to note that they can’t exert political influence like their for-profit counterparts. And far from being a new idea, public utilities are already quite widespread across the United States, with 28% of customers served by a public or cooperatively-owned utility.

Skeptics of public utilities often point to the fact that public utilities increasingly mimic the behavior of for-profit utilities: they are similarly reliant on burning fossil fuels, and have been known to push back on net-metering projects since they have built infrastructure revolving around a centralized model of energy production. If they are no less green, it seems hard to make the case that public utilities should be a serious part of the discussion.

But it’s not that simple.

For one, public utilities have a vibrant and instructive history in America’s heartland - dating back to the Rural Electrification Act (REA) under President F.D.R. Starting in 1936, in just a ten-year stretch the REA provided subsidized loans, legal aid, and technical expertise to establish cooperatively and publicly owned utilities which constructed more rural electrical lines than private companies had put up in the previous fifty years. This not only electrified rural America—areas private utilities refused to go because they saw no economic gain (much like private utilities’ positioning towards climate action now); this public option strategy also brought down major price gouging by private monopolies across the U.S. In essence, public utilities functioned as a public option in the electricity sector—setting a floor in regions underserved or poorly served by private utilities.

With the rise of neoliberalism came the attack on the public utility. Fueled by the work of economist Harold Demsetz who argued natural monopolies, such as electricity, should be privatized and run by for-profit corporations, the country underwent a wave of privatization. The public utilities that remained were weakened, limiting democratic control over the decision making process within these firms. Today, these public utilities face significant challenges in transitioning off fossil fuels due to historic investments with high sunk costs, especially in the age of austerity where few public investments are viable. The federal government itself has put another nail in the public utility coffin by structuring renewable incentives to predominantly benefit for-profit companies and utilities.

The idea of public ownership in the energy sector is just starting to reach the national debate. Most notably, a core component of presidential candidate Sen. Bernie Sanders’ climate plan is a public option for energy to “end greed in our energy system.” But cities across the US are already moving on this as more for-profit utilities fail. Just on Monday, San Francisco put in a bid to buy the energy infrastructure from PG&E, the California utility that sparked the Camp Fire and is now embroiled in a high-profile bankruptcy case. In cities like Chicago, New York City, and Boulder, Colorado policymakers and activists have advanced plans to municipalize their utility after blackouts, exorbitant rates, and failures to adopt climate action measures. The entire state of Maine has legislation in the works to take over their service territory.

What these campaigns recognize is that the summary judgments that public utilities are just as bad on climate as their private counterparts is a flawed one, grounded in an outdated political context. Austerity budgets at state and local levels meant that public utilities largely made investments in infrastructure prior to the buildout of political will for climate action. With climate concerns now front and center, public utilities’ democratic ownership structure makes them much easier to move towards a just green transition than their corporate counterparts.  In pushes for new public utilities, cities and states are also creating wholly new institutions, allowing the redesign to focus on decarbonization.

Moreover, a push for public ownership and expanded regulation of the sector could have complementary effects. Providing a clear and accessible pathway towards a public option for utilities provides an ultimate incentive for private utilities to provide clean energy and reasonable rates, complying and accepting stricter regulation if it means they don’t lose service territory to a municipalization campaign. And when that pathway to public ownership is achieved, these newly created community-owned, and community-accountable public institutions can provide renewable power.

The path to decarbonization is going to be hard. But ensuring it happens fast—preferably in line with emissions targets to limit warming to 1.5ºC—means every possible tool needs to be on the table. It is even harder to compel action in the current environment where companies like private utilities have outsized corporate power. The reach of a public option in the utility sector remains an open question for debate, but it is clear that public utilities must, and can, play a pivotal role in decarbonization.

Tell a friend:
Can Public Ownership Of Utilities Be Part Of The Climate Solution?