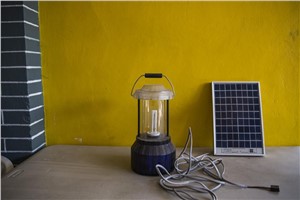 The South Pacific nation of Papua New Guinea (PNG) has emerged as a leader in off-grid solar (OGS) installations.  The country is turning to small-scale solar installations as a way to provide electricity for communities across the country, with a new report by the International Finance Corporation (IFC) showing that sales of OGS installations have grown 68% per annum since 2012. Off-grid installations have been paving the way for Papua New Guinea’s push for electrification, and this is evident by the total share of households powered by solar jumping from 2% in 2012, to 60% in 2017. However, the surge in popularity in the use of OGS installations across the Pacific nation has an unexpected driver: mobile phones.

The nation’s high mobile penetration and low electrification rate created an opportunity for companies to promote personal-scale installations called pico-solar to charge phones and smaller household appliances. The head of the IFC’s energy advisory program in the Pacific, Subrata Barman, explains: “In a number of countries with high mobile penetration and low energy access, solar solutions with mobile charging sees a major uptake. This is because people need the energy to charge their mobiles, and there is also an attempt by mobile companies to launch initiatives for mobile charging. It is important to remember that the revenues of mobile companies are directly related to handsets being charged.

Pico-solar includes any small-scale, standalone solar device such as a portable solar-charged battery that can be used to provide electricity to household appliances such as lamps, fans, and phones. As mobile phones became more prevalent across PNG, pico-solar installations saw a corresponding rise in sales. According to an IFC report, 83% of pico-solar products sold in Papua New Guinea included a phone charger. The sale of phone chargers has become a gateway for other products, with rising demand in larger electric appliances and the infrastructure needed to power them. While there remains a gap in the market for larger solar-powered batteries, a major barrier to electrification has often been the price of electronic products.

PNG consumers have shown a growing interest in purchasing electric appliances. The country’s appetite for solar power and new appliances has not gone unnoticed by the government, which has pledged to improve electrification across the nation, as Barman continues: “The government of PNG has set a target of 70% electrification by 2030, and there is a general acceptance that part of this electrification would be met by off-grid solutions that would comprise a mix of mini-grids and solar home systems.”

Mobile phones have begun bridging the gap for millions of Papua New Guineans looking to get the benefits of electrification through an increase in off-grid energy systems. As has also been seen across Africa, decentralized energy grids that use independent mini-grids and solar home systems are an efficient way of promoting electrification. On top of providing electricity to rural areas that were previously energy-poor, OGS enables communities to have better access to healthcare, education and a range of other benefits.

Mobile phones have given the PNG government an opportunity to drive the development of the country’s electricity infrastructure and bridge the digital divide. They will also play an important part in promoting electrification. Papua New Guinea has set its electrification policy on the combined development of its mobile networks and solar-power infrastructure. 87% of residents are not connected to the national electric grid, but 67.5% of citizens find themselves within the nation’s mobile network. Providing a larger mobile phone network will further promote pico-solar installations and drive off-grid electrification.

The promotion of good-quality solar products to build consumer confidence along with continued development of rural areas and upgrading of the existing infrastructure are all major suggestions that the IFC believes would improve PNG’s market growth. Off-grid electrification has also been shown to have positive socioeconomic impacts, with similar small-scale solar programs spurring employment in Kenya and Nigeria. Additionally, the International Renewable Energy Agency (IRENA) predicts that off-grid renewable-based energy could create 4.5 million jobs globally by 2030. This puts PNG in the right position to capitalize on the efficient electrification properties of OGS, but also to reap the benefits brought on by consistent access to electricity.